Cyprus Presidents holds meeting with King of Jordan in Athens 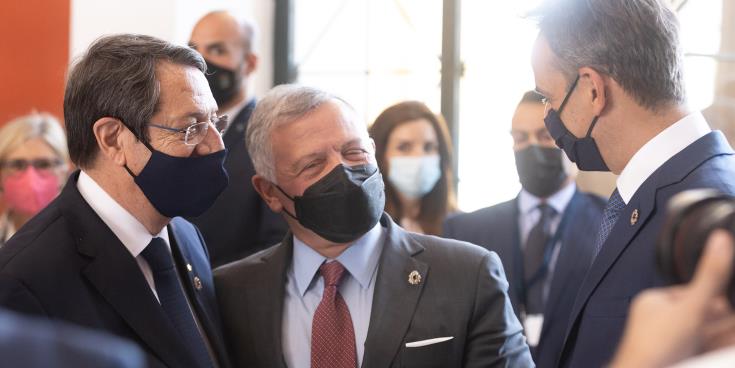 The President of the Republic of Cyprus, Nicos Anastasiades, held a meeting yesterday with King Abdullah il bin Al-Hussein of Jordan, in Athens.

The meeting took place on the sidelines of the Trilateral Summit between Greece, Cyprus and Jordan. The two leaders discussed bilateral relations and ways to further deepen them in areas of mutual interest, such as Tourism and Trade.

They also discussed the epidemiological situation in their two countries, as well as relations between the EU and Jordan, which is a key regional partner of the Union.

President Anastasiades briefed the King of Jordan on the latest developments in the Cyprus problem and on the events concerning the fenced-off area of Famagusta, expressing his appreciation for Jordan`s firm and principled position and its support to the efforts to resolve the Cyprus problem on the basis of the UN Security Council resolutions.