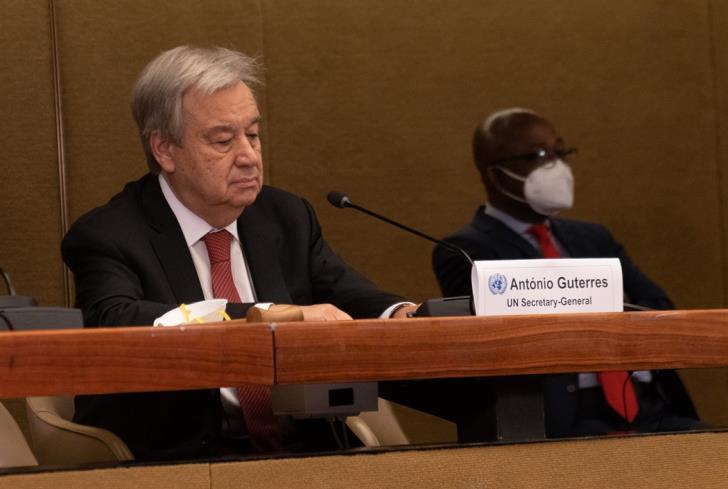 Cyprus President Nicos Anatastasiades has welcomed the UN chief’s rejection of the Turkish side’s demand for a two-state solution in divided Cyprus to come under discussion in reunification talks.

“He (Antonio Guterres) made it clear that he could not seek recourse, as was requested by the Turkish Cypriot and Turkish side, to the (United Nations) Security Council for a change to terms of reference,” Anastasiades said.

The President also made clear there was “not a single chance” of switching the basis of talks aiming to reunite the Mediterranean island split since a 1974 invasion by Turkey.

Cyprus’s split is a constant source of tension between NATO allies Greece and Turkey, and has taken on sharper focus since the discovery of natural gas in the region following Turkish provocations.

“The truth is that at the end of our efforts, we have not yet found enough common ground to allow for the resumption of formal negotiations,” U.N. Secretary-General Guterres told a news conference in Geneva late on Thursday after a three-day summit.

“As you can imagine, this was not an easy meeting…the United Nations will make a fresh attempt in probably two or three months,” he also said.

“Unfortunately today we are not able to reach the agreements that we would wish to reach, but we are not going to give up,” he added.

For decades, the United Nations has been attempting to piece Cyprus back together as a two-zone federation – the only thing the two sides had, until recently, been able to agree to in principle.

Under the Ersin Tatar new leadership, Turkish Cypriots now say only a two-state solution can work.

Only Turkey recognises the breakaway ‘state’ Tatar leads in the northern part of the EU-member state.

Guterres has told the Turkish Cypriots he could not deviate from his U.N. mandate.

The talks were attended by the foreign ministers of Britain, Turkey and Greece, who are guarantor powers for Cyprus and still maintain intervention rights.

By Annie Charalambous
Previous article
Partly to mostly sunny and hot on Friday, with thin dust in the air
Next article
Lawmakers clear EU Covid pass but it may not ensure smooth travel