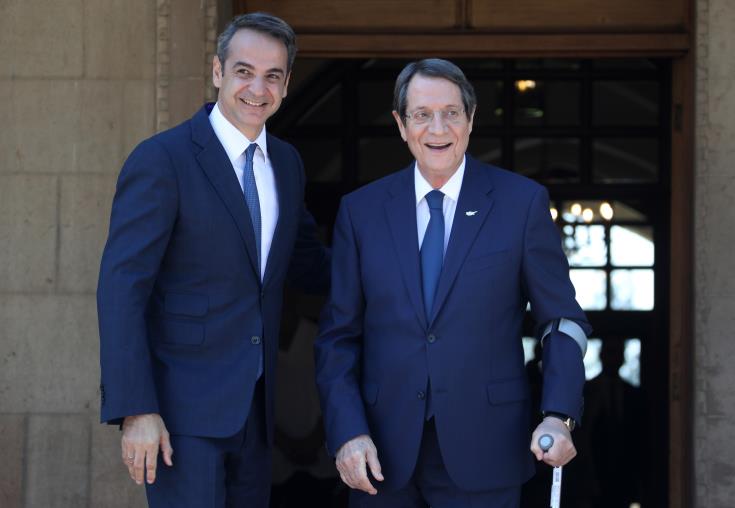 Mitsotakis was welcomed by Foreign Minister Nicos Christodoulides at the grounds of the Presidential Palace for the official welcoming ceremony. He reviewed the presidential guard of honour and laid a wreath at a statue of the late Archbishop Makarios and first President of Cyprus.

President of the Republic of Cyprus Nicos Anastasiades then welcomed the Greek Prime Minister at the entrance of the Presidential Palace.  President Anastasiades is recuperating from surgery following a fall.

They are now holding a tete-a-tete meeting, which will be followed by discussions in the presence of other officials from both sides.

Mitsotakis and Anastasiades will give joint statements to the press at 1200 hrs local time.