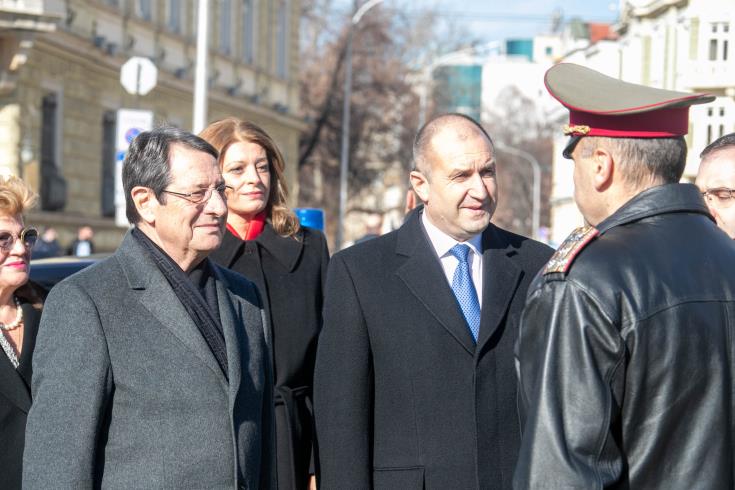 There is a mutual will by Cyprus and Bulgaria to further boost bilateral relations in all fields, considering that the two countries share similar positions on EU issues of concern.

This is what President Nicos Anastasiades said on Tuesday after talks in Sofia with his Bulgarian counterpart Rumen Radev.

“The will for the two countries to further strengthen their already strong bilateral ties is there,” said Anastasiades who is on a two-day official visit to Bulgaria.

“The existence of over 30 bilateral Agreements and Memoranda of Understanding are proof of the already strong relations between the two countries,” he added.

He also said that the two countries share similar positions on EU issues of concern such as the multi-annual financial framework (MFF)  and migration.

In addition, the President said he had briefed Radev over recent Turkish provocations both in regard to the Republic’s Exclusive Economic Zone and the fenced off suburb of Varosha in Famagusta.

This is an area under Turkish control since its illegal invasion in Cyprus in the summer of 1974.

Radev said his country wishes to enhance relations with Cyprus, particularly in the fields of energy, economy and investments.

And that Bulgaria wants to cooperate within the framework of the trilateral mechanism between Cyprus, Greece, and Israel in the energy field.

Bulgaria, he added, is geographically a natural continuation of all these three countries.