Cyprus President sends out letters on fenced off town of Varosha 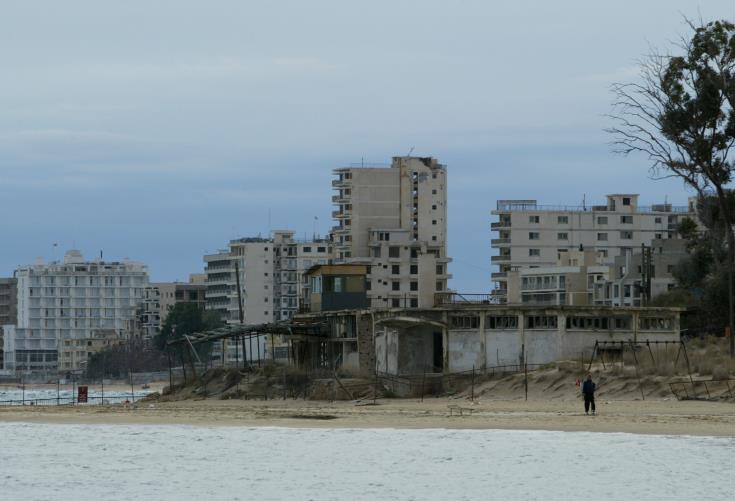 Cyprus President Nicos Anastasiades has sent letters on the latest Famagusta developments to the leaders of the five permanent UN Security Council members and of EU member states as well as to the bloc’s top officials.

This is what deputy government spokesman Panayiotis Sentonas said on Monday, explaining that the President briefed them on Turkey’s recent provocative moves on the fenced off Varosha – a southern suburb of Famagusta.

Turkish officials and Turkish Cypriot politicians two weeks ago met in the abandoned town wrecked by war to discuss potentially re-opening the area after 46 years – that is, since Ankara’s invasion in July 1974.

Ankara went as far as to declare that it was a “historic” opportunity to bring tourism and economic benefits.

Sentonas said the President underlined that moves of this kind “violate relevant UN resolutions and undermine efforts for the resumption of the dialogue with a view to reach a comprehensive solution to the Cyprus problem.”

Ringed by a fence which extends into the sea, the former holiday resort has been off limits to anyone but the Turkish military since its 39,000 Greek Cypriot residents fled advancing Turkish troops. Before 1974, Varosha was one of the most popular holiday resort towns in Cyprus.
Varosha is often described as a ‘ghost town’. UN Security Council resolution 550 (1984) considers any attempts to settle any part of Varosha by people other than its inhabitants as inadmissible and calls for the transfer of this area to the administration of the UN.