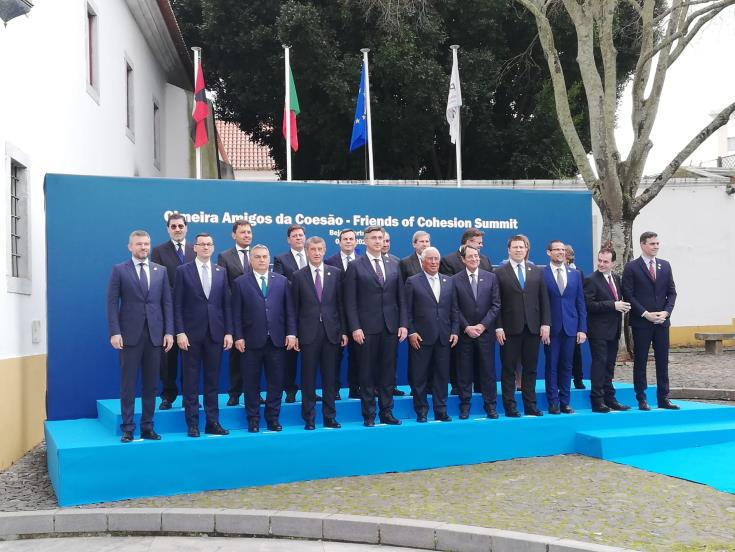 President of Cyprus Nicos Anastasiades made on Saturday particular reference to Turkey’s recent illegal activities and the need to adopt stricter measures on the part of the EU, in order for Ankara to terminate the violations against the Republic of Cyprus’ sovereign rights.

The President was addressing the Summit of the “Friends of Cohesion” at the city of Beja, in Portugal, where 17 member states convened to discuss the Multiannual Financial Framework (MFF) for 2021-2027.

In a written statement, Deputy Government Spokesman Panayiotis Sentonas notes that the Summit, which was attended by 11 heads of EU state or government, is deemed as particularly important ahead of the European Council on February 20 in Brussels, that will seek consensus on the MFF.

After extensive deliberations, the 17 member states adopted unanimous positions with regard to the chapters of Cohesion and Rural Policy, he adds.

Sentonas also says that during his intervention, the President highlighted the need to maintain the allocation of EU funds concerning the two policy areas at certain levels, noting that Cyprus is not willing to accept additional slashes from what the European Commission had proposed.

The President also noted the problems Cyprus is facing as a result of reinforced migration flows and asylum seekers, calling other member states for their solidarity.