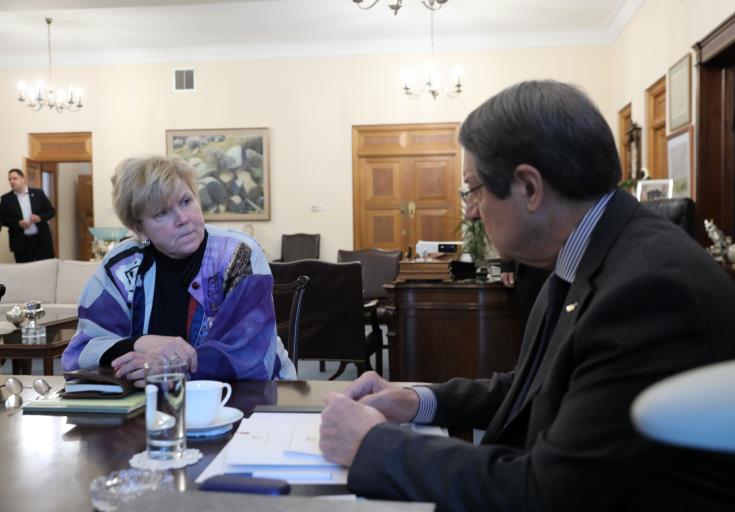 President Nicos Anastasiades on Sunday bid farewell to Jane Holl Lute, the UN Secretary-General’s special envoy to Cyprus, as her duties have come to an end.

“The meeting took place for the President to bid Lute farewell, as her duties as the UN Secretary-General’s Special Representative in Cyprus are about to end,” the announcement also said.