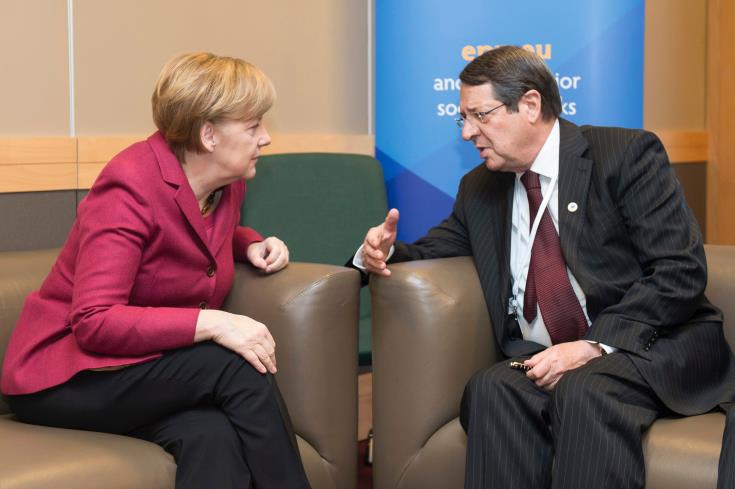 According to an announcement, President Anastasiades, who is attending in Jerusalem the 5th World Holocaust Forum, had on Thursday morning a telephone conversation with Chancellor Merkel ahead of her visit to Turkey.

The President reiterated his determination and readiness for the resumption of settlement talks, far from any threats, that would lead to a Cyprus settlement, it is added.