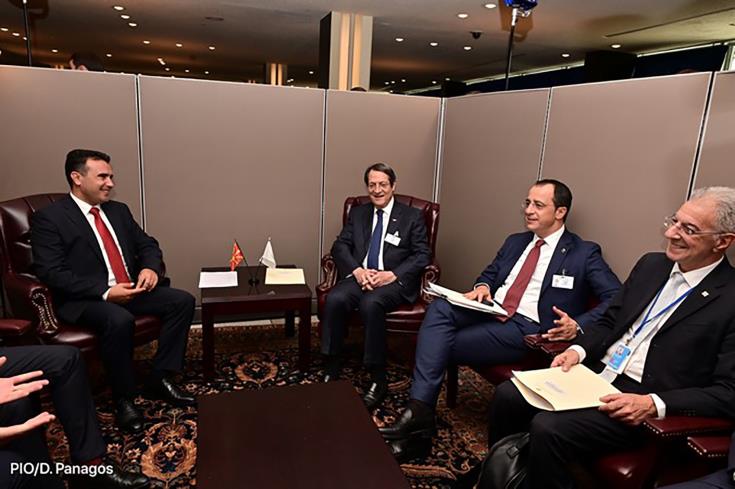 Anastasiades briefed Zaev about the current situation as regards the Cyprus problem, and the Prime Minister of North Macedonia expressed his country’s support to efforts for a Cyprus settlement, on the basis of the UN relevant resolutions and decisions.

The President of Cyprus assured on the Republic of Cyprus support to the relations between North Macedonia and the EU and to the former’s accession dialogue, while both sides expressed the will for the development of bilateral relations in all sectors, focusing on the economic and investment sector.

Zaev extended an invitation to Anastasiades to visit North Macedonia. The invitation was accepted and it was agreed that the visit will take place during the next months, with the participation of a business delegation, with a view to strengthen the economic relations between the two countries.

The meeting, that took place in the UN building, was also attended by the Foreign Minister Nicos Christodoulides, the Government Spokesman Prodromos Prodromou, the Permanent Representative of Cyprus to the UN, Andreas Mavroyiannis, and other officials.