The annual Cyprus police-led exercise, which aims to test multiple assets within the Special Forces, saw the SBA Police involved for a fourth year in a row.

The training culminated with a large-scale exercise in Paralimni and utilised a number of specialised teams to tackle a simulated bank robbery, an attack on a university accommodation block and a hostage situation.

SBA Police Chief Constable, Chris Eyre, said his team’s involvement was beneficial for various reasons, he explained: “As a police force, we feel privileged to work with the Cyprus Police in training our officers in some of the most complex areas of policing.

“This type of exercise, working alongside the Cyprus Police, ensures our skills are current but it also prepares us to work better together in the event of any real hostage siege situation.”

Chief Inspector Maria Atalioti, who headed-up the negotiating team, reinforced the chief’s words and said: “It was extremely valuable to both forces. We currently have a team of three qualified hostage negotiators and CyPol has a team of 37 negotiators.

“For the last four years we have established a very close co-operation with their Hostage Negotiator Team and our aim is to strengthen our capabilities in hostage negotiation in an effort to make Cyprus safer for all.” 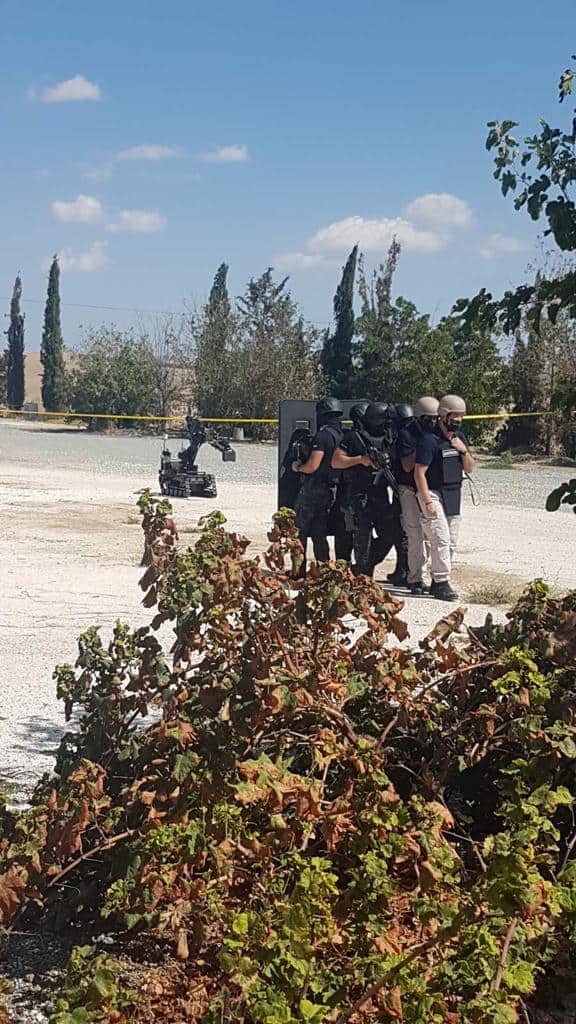