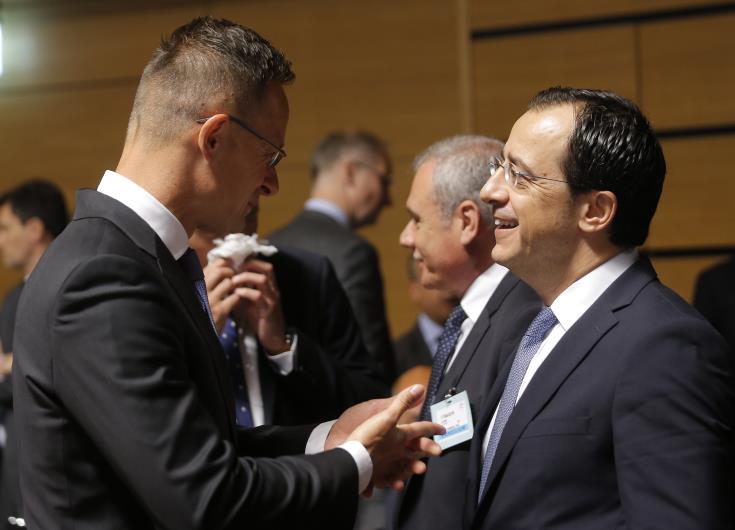 Cyprus and North Macedonia will sign a joint communiqué for the establishment of bilateral diplomatic ties.

The statement will be signed between the Foreign Ministers of the two countries, Nicos Christodoulides and Nikola Dimitrov, on the sidelines of the Informal Council of EU Ministers of Foreign Affairs ( Gymnich)  that will convene in Helsinki  August 29-30.

A press release issued by the MFA says that the Minister is travelling to Helsinki in the afternoon. The Gymnich will discuss international issues such as the situation in the wider Middle East, Europe and the Arctic as well as hybrid threats. In addition, regional cooperation will be discussed with the Foreign Ministers of the Western Balkan partners.

The meeting will be chaired by the High Representative of the Union for Foreign Affairs and Security Policy Federica Mogherini.

Christodoulides is set to have meetings with counterparts from member states on the sidelines of the Gymnich.

On August 29, the FM along with Defence Minister Savvas Angelides, will visit the Hybrid Centre of Excellence where they will discuss ways to enhance bilateral and multilateral cooperation. Cyprus is a full member of the Centre since December 2018.