Cyprus needs a detailed and enforceable Code of Conduct for the judiciary, GRECO says 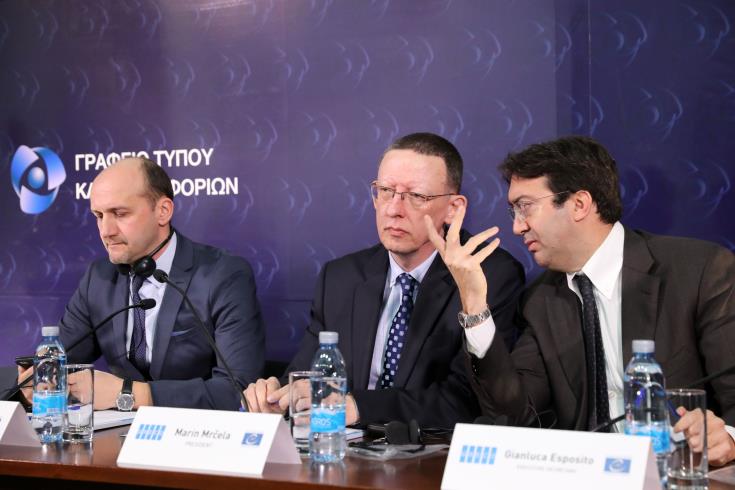 The Council of Europe Group of States against Corruption (GRECO) stressed on Friday the need for Cyprus to adopt a detailed and enforceable Code of Conduct for the judiciary.

Speaking during a press conference, after the conclusion of the meetings which a high ranking delegation of GRECO had on the island, in the framework of the fourth evaluation round of Cyprus, GRECO Chairman Marin Mrcela said that that they were presented with the Judicial Conduct Guide introduced recently by the Supreme Court, they had not time to look at it in detail but  they will, stressing at the same time that GRECO is looking for a detailed enforceable code, not a general statement of principles.

Mrcela recalled that GRECO issued 16 recommendations during the fourth evaluation round for Cyprus and that four of them are related to the judiciary. Regrettably so far those four recommendations are not fully implemented, they are partially implemented. What we are seeing now, here, and what we wanted to see is the progress in complying with those recommendations, he noted.

Responding to questions, Mrcela said that Cyprus has implemented so far two out of the GRECO 16 recommendatons, which is looking forward to the implementation of the other 14. He stressed that he sees no reason for which Cyprus will not implement them and sees no reluctance by the Cypriot authorities to do so.

He stressed that the judiciary should not only be independent and impartial but also be seen as such. “Standards of the independence and the impartiality of the judiciary do not exist because of the judges but because of the citizens. Judges are there to deliver justice and protect citizens’ rights and freedoms. Therefore in the eyes of the citizens, judges must be seen as independent and impartial. This is about credibility, trust and confidence,” Mrcela noted.

He said that the first recommendation concerns  the composition of the Supreme Council of Judicature, adding that the recommendation says it should be reviewed so as not to fully coincide with the composition of the Supreme Court, but to have a broader representation of the judges in order to avoid the perception of self-interest, self-protection and cronyism. “We understand that the reform is underway. We were presented with the results so far achieved and we will assess that and then the plenary will reach a decision about the compliance with that,” he added.

As regards the second recommendation he said that the appointment of judges should be guided by precise and objective criteria, which are to be checked before appointment or promotions and are to be made available to the public. The key word about this is transparency, he noted.

The third recommendation, he added, is about a detailed and enforceable Code of Conduct for the judiciary. This is to be done on the basis of broad involvement of various members of the judiciary in order to manifest and develop standards that are commonly agreed by the judiciary as a whole, he noted.

Mrcela said that during their meetings they  were presented with the Judicial Conduct Guide introduced in Cyprus, adding that they did not have the time to look at it in detail but they will. “However, GRECO is looking for a detailed enforceable code, not a general statement of principles,” he stressed.

As regards the fourth recommendation, he said that it is about the training of judges, noting that without training there is no success.

“We were presented with reports on all ongoing training that is already there. From that point of view it looks for now that this is going in an excellent direction and we are looking forward to the further results in that,” he said.

Mrcela noted that they received a lot of information during their meetings with the Cypriot authorities. “We need to receive additional information with documents of course and then we will assess that. And I hope that it will be soon. We are hoping in June, having in mind the particularity of the situation, although the deadline is in December,” he noted. He also sterssed that everybody shows awareness the necessity of the reform, both the judiciary and the executive.