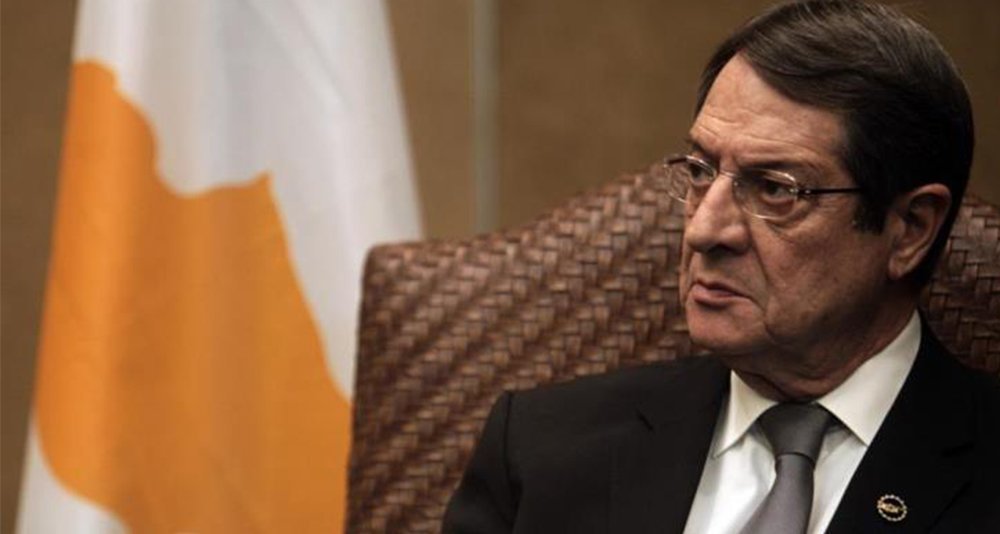 If Turkey brings a drilling rig to the Exclusive Economic Zone (EEZ) of Cyprus, the Cypriot government will use all the diplomatic and political means at its disposal, stated the President of the Republic of Cyprus, Nikos Anastasiades, who did not rule out the possibility to resort to the UN Security Council.

President Anastasiades, in an interview to ERT, stressed that now that he is reelected, he would like to restart talks on the Cyprus issue. However, as he noted, this is not possible due to the claims raised by the Turkish side.

The Turkish-Cypriot leadership, according to President Anastasiades, is controlled by Turkey. The failure of Crans- Montana talks last July, as he said, is not only attributed to Turkey’s inadmissible positions but also to some “unfortunate and hasty actions” on behalf of the UN Secretary – General’s representatives.

He further said that after Crans-Montana, the two sides lack confidence in each other. He pointed out that given the Turkish Cypriot claims dictated by Ankara, “there is no realistic proposal” for a solution to the Cyprus issue.

By In Cyprus
Previous articleGoing out this weekend- Restaurants
Next articleCCB: Salami tactics are off the table