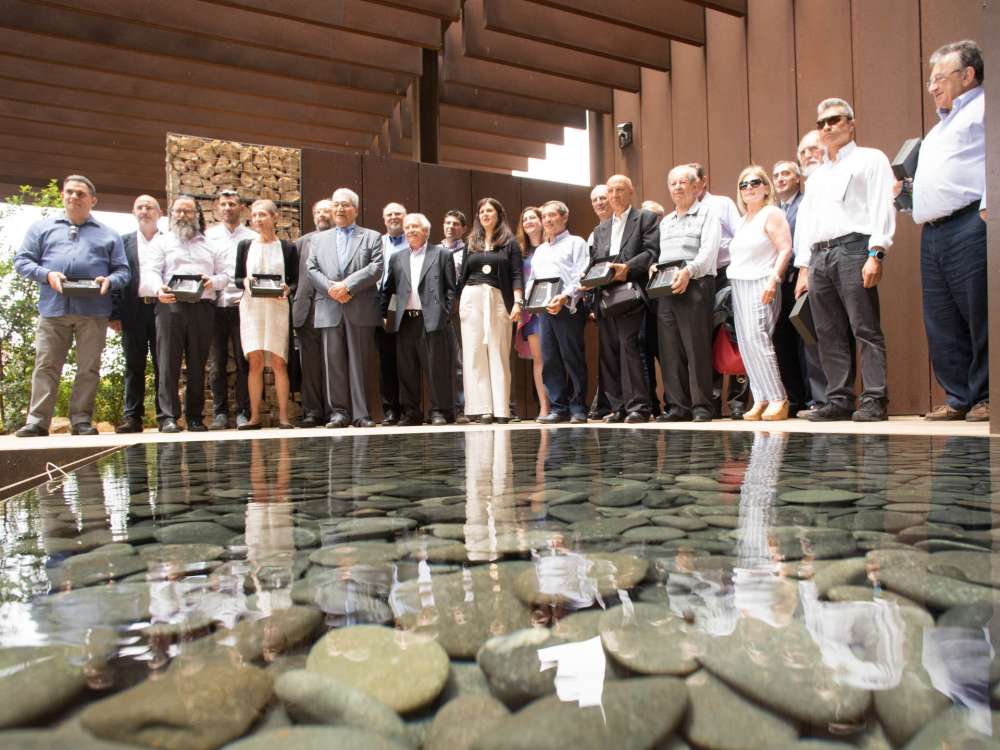 Cyprus celebrated Natura 2000 Day and World Biodiversity Day – marked on May 21 and 22 respectively – with a special event at the Cape Greco Environmental Information and Educational Centre, taking the opportunity to honour those individuals who pioneered in establishing the Natura 2000 network in Cyprus.

Stretching over 18% of the EU’s land area and almost 9.5% of its marine territory, the Natura 2000 is the largest coordinated network of protected areas in the world. It offers a haven to Europe’s most valuable and threatened species and habitats.

In Cyprus, the Natura 2000 network includes 63 areas, from Akamas to Cape Greco, which operate as a protective shield for many rare or endangered species of flora and fauna and for rare habitats.

Addressing the event, Agriculture Minister Costas Kadis, whose portfolio includes the environment, told the event that the Natura 2000 network was a particularly important tool in safeguarding the environment for current and future generations.

He noted that setting up the network initially had been difficult, while the new challenge now was to institutionalise specialised measures to manage each area, depending on protection required and taking into consideration the socio-economic conditions and the requirements of each of these areas.

The head of the European Commission office in Cyprus Ierotheos Papadopoulos told the same event that 4.4 million jobs in the EU depend on healthy eco-systems. Investing in nature have multiple benefits, but this can only be achieved when our natural habitats are in a good conditions, he added.

During the event, the Biology Department of Athens University which started off studies for Cyprus’ Natura 2000 network in the late 1980s and continues to spearhead this effort was honoured for its work. Awards also went to officials from the Forestry Department, the Environment Service, the Fisheries Department and the Game Services for their contribution. Other scientists who assisted the initiative were also honoured.

Natura 2000 is a network of core breeding and resting sites for rare and threatened species, and some rare natural habitat types which are protected in their own right. It stretches across all 28 EU countries, both on land and at sea. The aim of the network is to ensure the long-term survival of Europe’s most valuable and threatened species and habitats, listed under both the Birds Directive and the Habitats Directive.

The Natura 2000 Viewer in an on-line tool that presents all Natura 2000 sites, provides key information on species and habitats for which each site has been designated, data on their estimated population size, conservation status and allows for various searches.

Natura 2000 is not a system of strict nature reserves from which all human activities would be excluded. While it includes strictly protected nature reserves, most of the land remains privately owned. The approach to conservation and sustainable use of the Natura 2000 areas is much wider, largely centred on people working with nature rather than against it. However, Member States must ensure that the sites are managed in a sustainable manner, both ecologically and economically.