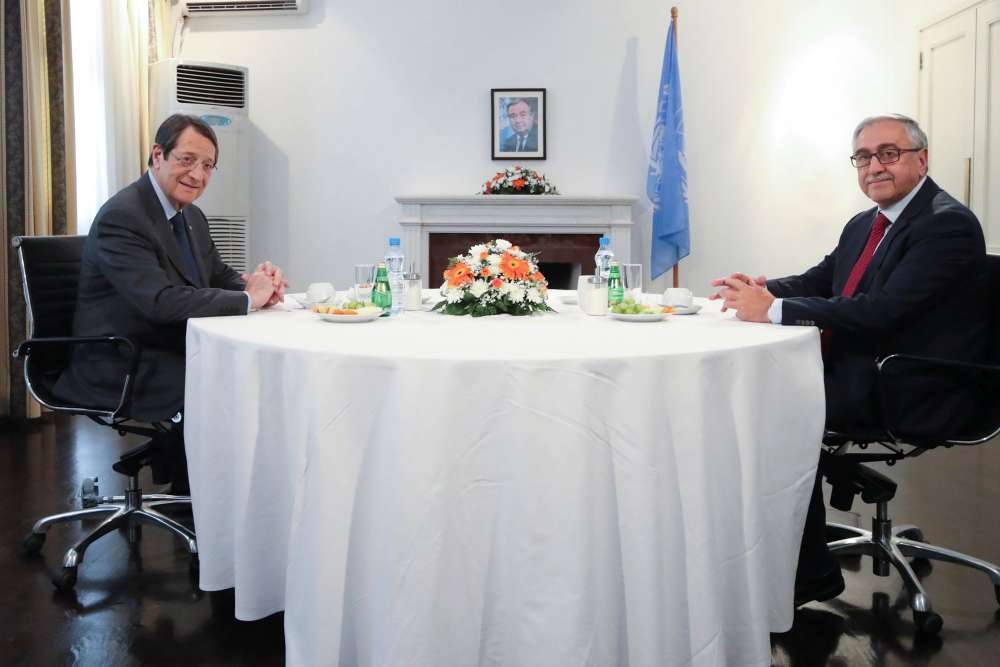 Leaders of ethnically split Cyprus agreed on Friday to pursue efforts to resume peace talks, although one side said serious disagreements remained in resolving one of the world’s most enduring conflicts.

Cyprus was divided in a Turkish invasion in 1974 triggered by a brief Greek-inspired coup, and countless attempts over the years to broker peace between the two sides have failed.

In their first meeting since February, Greek Cypriot leader Nicos Anastasiades and Turkish Cypriot leader Mustafa Akinci said they had a constructive exchange of views and would continue to work with a United Nations envoy.

“They decided to continue engaging in the efforts undertaken … with the determination to finalise the terms of reference that would enable structured and results-oriented negotiations leading to a settlement with a sense of urgency,” a U.N. statement issued on behalf of the two said.

Recent natural gas discoveries in the sea area surrounding the island has brought the issue into sharper focus, with Turkey disputing the right of the island to explore for gas.

At present Cyprus’s internationally-recognised government is comprised solely of Greek Cypriots, a legacy of a constitutional breakdown in 1963 when a power-sharing administration with Turkish Cypriots crumbled amid violence.

The last round of U.N.-sponsored negotiations collapsed in 2017 over the role of Turkey in a post-settlement Cyprus.

“I must admit that disagreements persist on serious issues, but there is also a consensus that without dialogue these differences cannot be bridged,” Anastasiades told journalists after the meeting.

EU member Cyprus and Turkey have argued for years over the ownership of fossil fuels in the Mediterranean. Ankara says that areas Cyprus claims encroach on its own continental shelf, and that in other cases Turkish Cypriots are entitled to a share of the resources.

It has dispatched two drill vessels to conduct operations east and west of Cyprus. The move prompted the EU to suspend talks with Turkey on a comprehensive air transport agreement and to freeze any high-level dialogue with Ankara.

Anastasiades said he was willing to keep Akinci informed on energy developments of Cyprus, but said a proposal from the Turkish Cypriot side for a committee to jointly administer hydrocarbons was not possible.

Activities in an exclusive economic zone (EEZ) was a sovereign competency of a state and not a commission, he said.