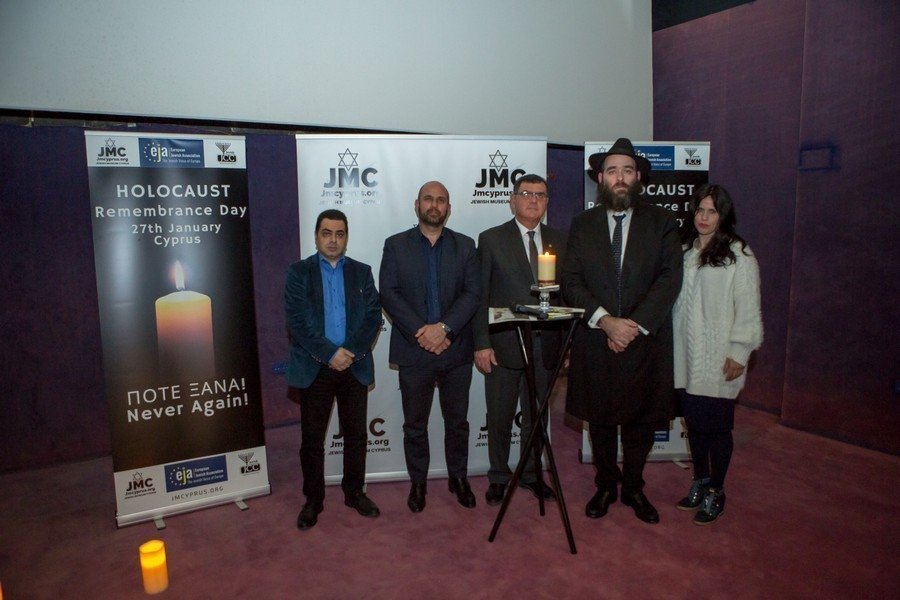 The Jewish Community of Cyprus (JCC), the Jewish Museum of Cyprus (JMC), and the European Jewish Association (EJA) marked 75 years since the holocaust in a memorial event that took place last night in Larnaca in the presence of the city’s Deputy Mayor.

Attendees joined the Chief Rabbi of Cyprus, Rabbi Arie Zeev Raskin, in lighting a memorial candle in honour of the six million Jews murdered during the holocaust. 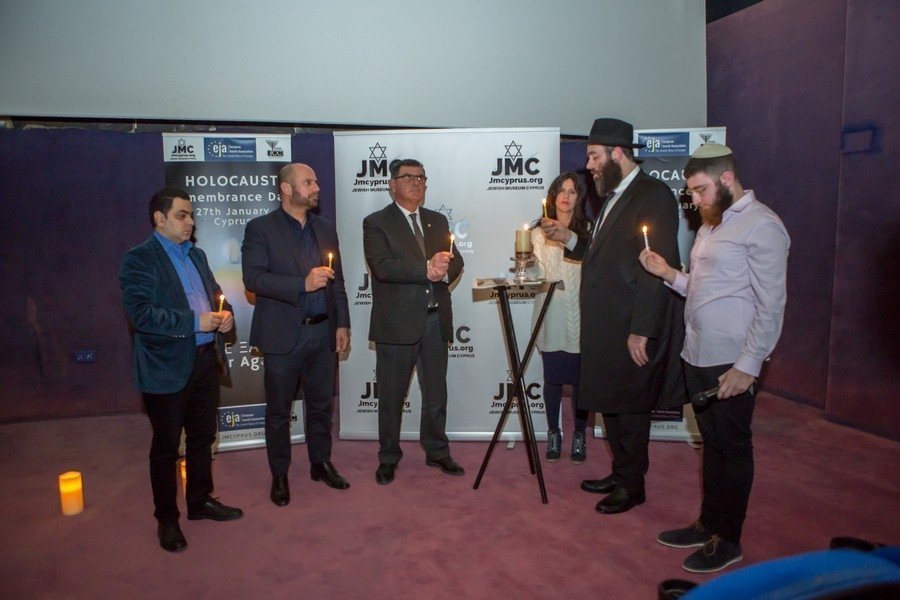 Sheindel Raskin, a direct descendant of holocaust survivors shared her family story of how her grandmother and grandfather survived the Auschwitz concentration camp and went on to marry and have over 200 children, grandchildren and great-grandchildren. 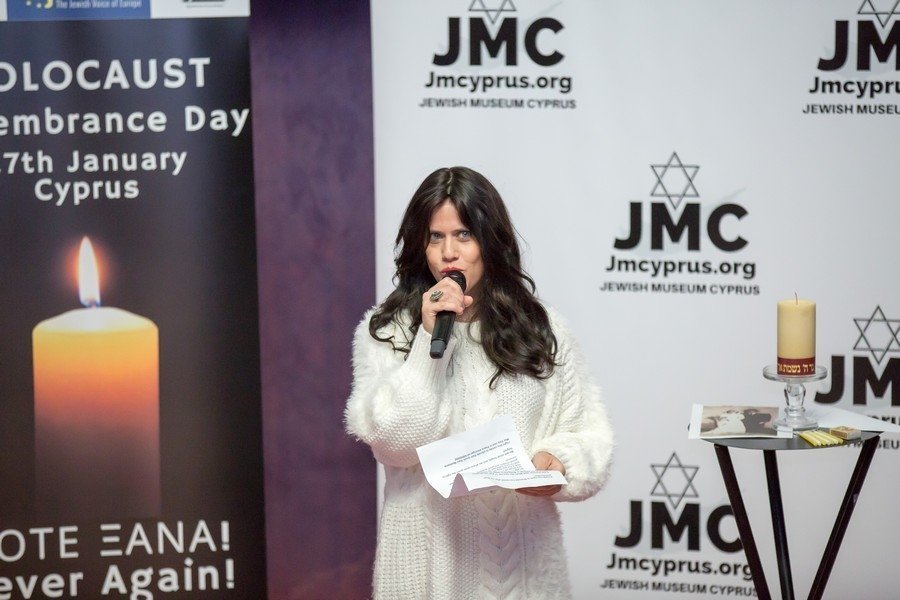 The deputy Mayor of Larnaca, Iason Iasonides gave a speech on behalf of the Mayor and the municipal council of Larnaca.

“Tonight is the night to play for those who lost their lives for a better world. Over 17 million people died at the hands of the Nazis during the Holocaust. We must never forget,” Iasonides said. 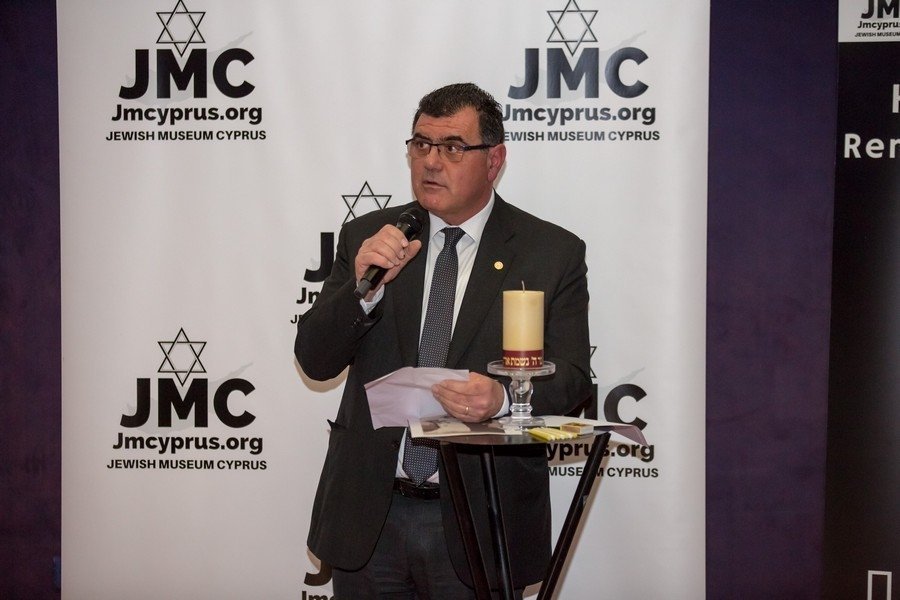 Rabbi Moshe Friedman of the JMC spoke about the importance of never forgetting what happened in 1945.

“The memory of these events must never be forgotten, and just as we stand here today in unity, our children and grandchildren will do the same in the future,” he said. 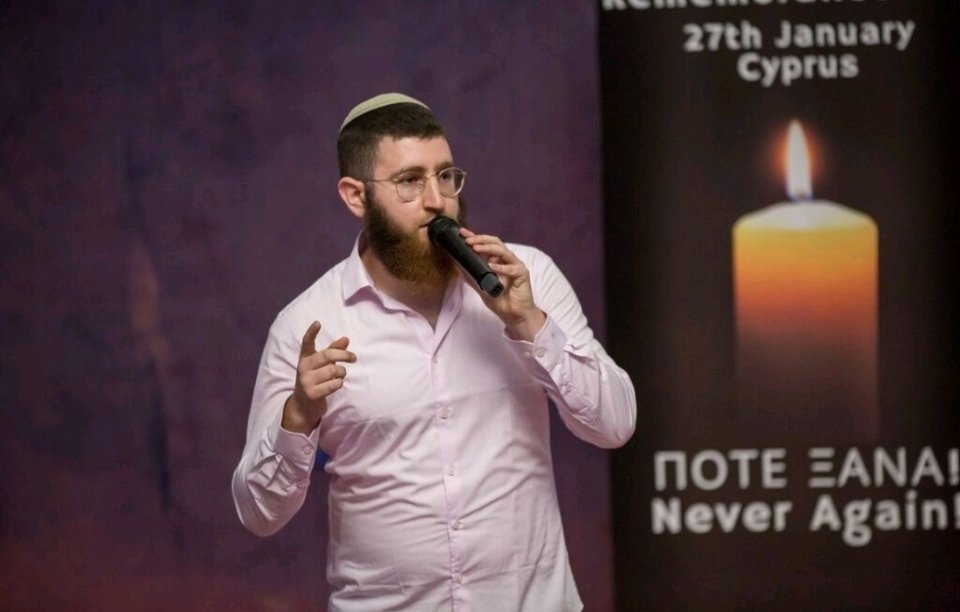 The JMC noted: “We owe a great thanks to the noble Cypriot men and women who had extended their hands in kindness to the Jewish refugees, rescued from the flames of the Holocaust and who stayed at the British DP Camps between 1946 – 1949 at their last stop on their journey to their homeland of Israel, a kindness that will never be forgotten.”