Cyprus in a state of emergency due to continuous migrant flows 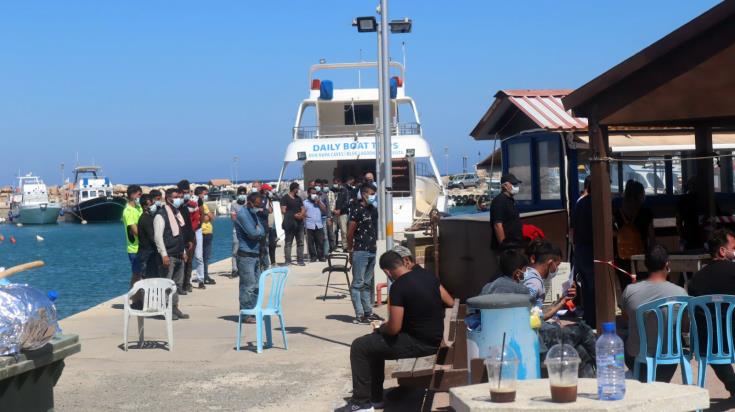 Cyprus Minister of the Interior, Nicos Nouris, said on Friday that Cyprus is in a state of emergency, due to continuous migrant flows from Syria and its reception centers overflowing beyond their capacity. The Minister notified on Thursday the European Commission in writing, saying that there is no capacity on the island to host additional irregular migrants.

Speaking in the village of Sotira, in Famagusta District, Nouris said that in the course of this week, Cyprus is faced with a wave of daily migrant arrivals via the sea route from the southern coastline of Syria and the port of Tartus in particular.

“Due to this situation and overcrowding in reception centres, I was forced to make yesterday afternoon written representations to the European Commission, notifying them that Cyprus is entering in a state of emergency as far as migration is concerned and that there is no further capacity to host additional migrants” the Minister said.

He called on the European Commission to get involved in an “immediate and active” manner, to deter further illegal departures from Syria and the port of Tartus.

He said moreover that since January 1, 2021, almost 4,000 asylum applications from people coming from “safe countries” have been rejected. These rejections need to be accompanied by swift return procedures, a task very difficult to handle by a small country, like Cyprus, due to the absence of bilateral agreements with a number of third countries, Nouris pointed out.

Cyprus’ permanent request is that these return agreements, concerning third-country nationals, are handled by the EU and that third countries undertake their obligation to receive back their nationals from all EU member states, the Minister said.

Nouris said that he was precise as to Cyprus’ expectations from the European Commission and said that “our country ought to be supported as a European country facing this problem.”

Cyprus authorities intercepted on Wednesday off Cape Greco, in the eastern coast of Cyprus, a vessel carrying 97 irregular migrants from Syria. On Friday, authorities detected in Avgorou village 14 people from Syria, including 3 minors, who seem to have crossed into the free areas of the Republic from the Turkish-occupied areas of Cyprus, via the British Bases.

By gavriella
Previous article
Green Build Up Completion at the Gardens on Sunday, May 23
Next article
Professor says State must now prepare smooth return to normal in Autumn