Cyprus has the most expensive mobile broadband in EU 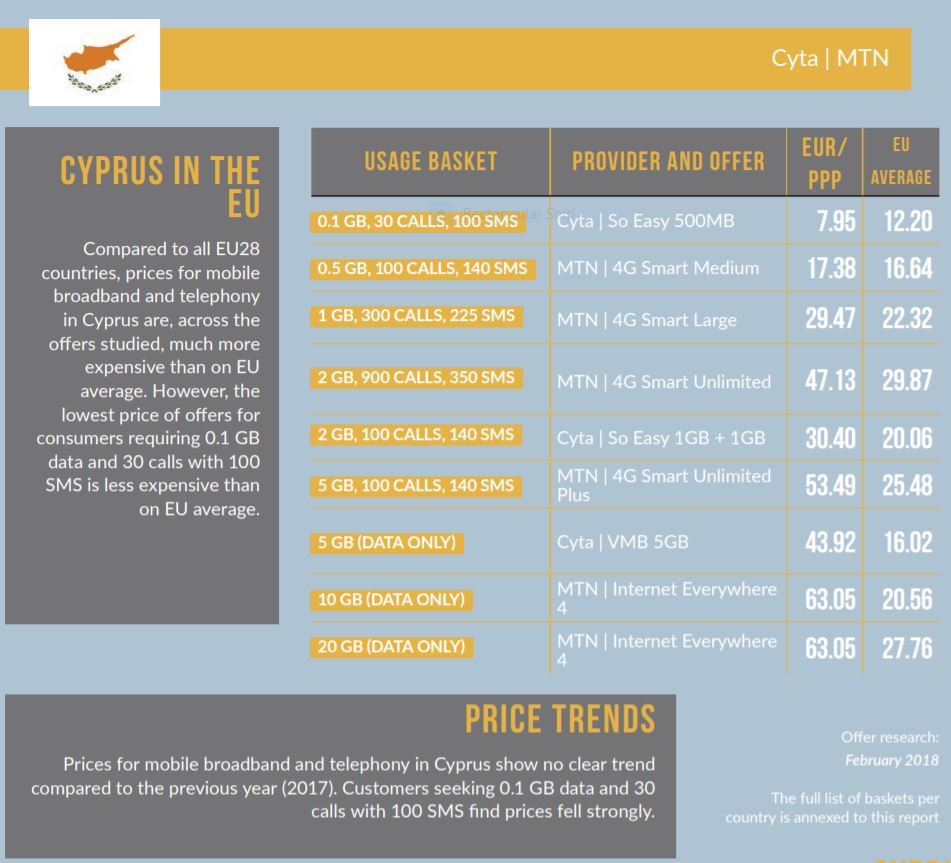 Cyprus has the most expensive mobile broadband in the EU, a European Commission study found.

To support valid cross-national comparison of retail prices of mobile broadband offers in each usage basket, consistent price normalisation procedures were applied. These take full account of contractual features varying between offers which impact on consumer usage costs, such as one-off fees, discounts, contract duration and limits for telephony call time, numbers of SMS and data volumes uploaded or downloaded.

Cyta and MTN vs EU average

In the case of Cyprus, it compared offers by Cyta and MTN and found that their prices are much higher than the EU average. 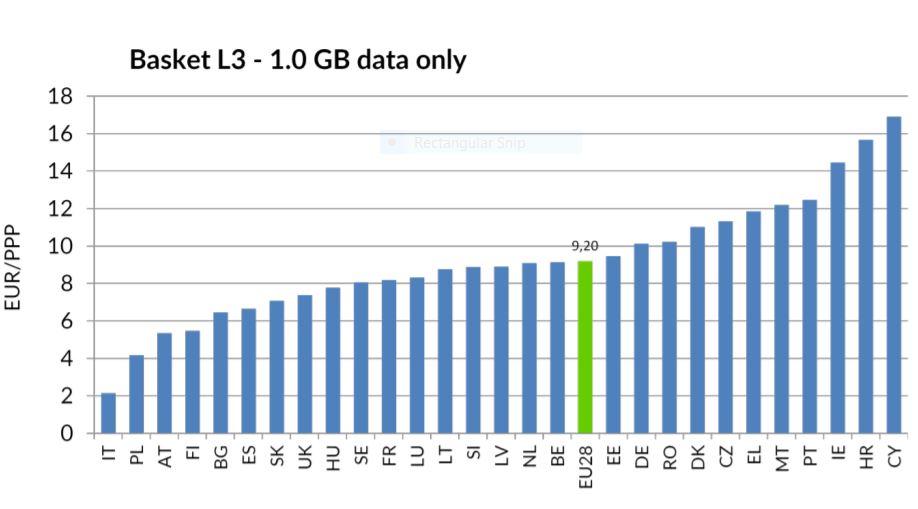 Italy leads this basket with 2,15 EUR/PPP, followed by Poland (4,17 EUR/PPP), and Bulgaria (6,46 EUR/PPP). Prices for the least expensive offer from the next twelve countries are very close, ranging from 7,38 EUR/PPP in the United Kingdom to 9,62 EUR/PPP in Finland. The EU28 average is 11.15 EUR, the premium for doubling data from 1 GB to 2 GB is just under two EUR.

The lowest-price lead in this usage basket is, again, Italy (2,15 EUR/PPP), followed by Poland (4,17 EUR/PPP) and Sweden (8,06 EUR/PPP). Six more countries (Slovenia, Latvia, Austria, France, Estonia, and Finland) have prices below 10 EUR/PPP. The EU28 average is 16.02 EUR/PPP. Almost all countries except one exhibit prices under 30 EUR/PPP. The most expensive market is Cyprus, where the price of the least expensive offer is 43,29 EUR/PPP. 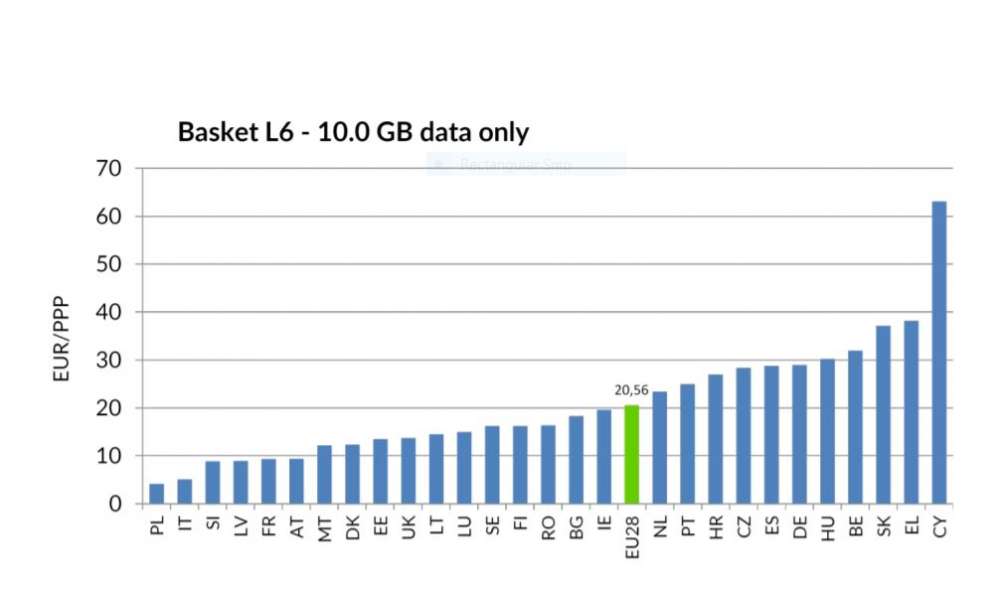 Cyprus, Slovakia and the Czech Republic are more than four times more expensive than Poland, France, Italy, Latvia, and Lithuania, which offer 20 GB mobile data for 15 EUR/PPP or less. The EU28 average is 27,76 EUR/PPP. Prices include surcharges for exceeding the data limit of an offer providing less than 20GB, typically in markets like the Czech Republic, Slovakia, and Cyprus where there is no offer providing up to 20 GB.

The EC divided EU countries into four clusters according to the their mobile broadband prices. 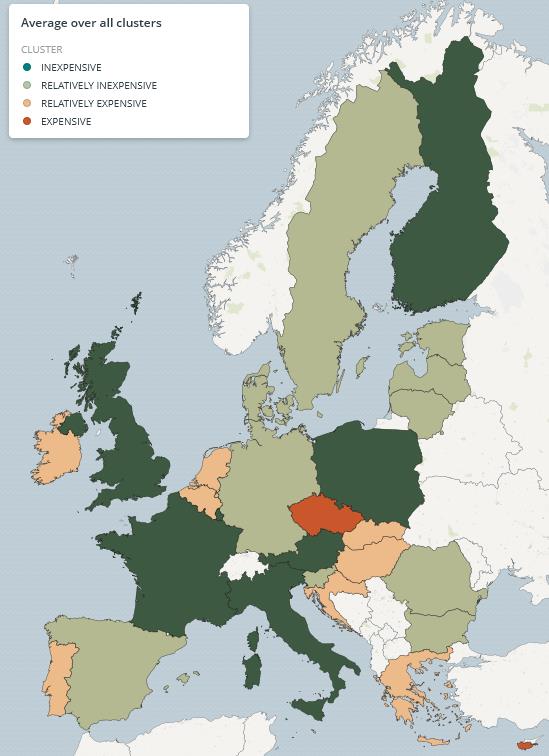