Cyprus has lowest rate of overcrowded homes in EU 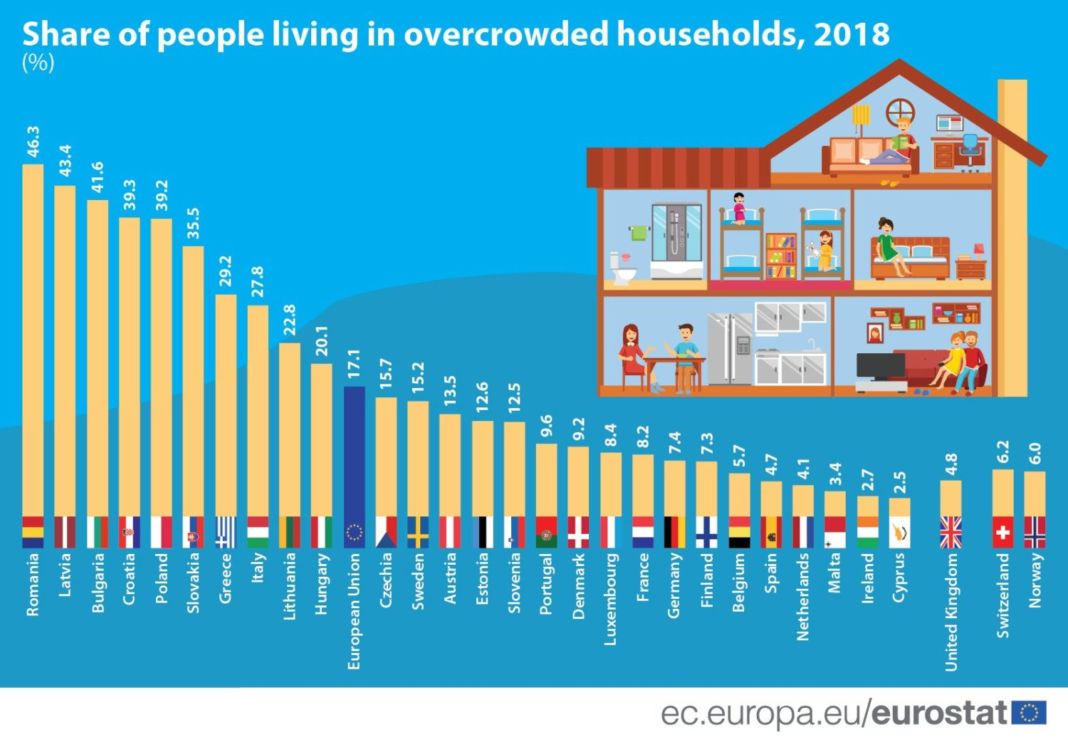 Cyprus has the lowest share of the population living in overcrowded homes among EU member states — with only 2.5% not having enough rooms compared to the size of their household, according to figures published by Eurostat on Wednesday.

The same figures show that seven in ten people in Cyprus live in under-occupied households. Eurostat’s figures show that This rate is particularly high for the elderly. Overall, Cyprus ranked second with 71.4% of the population living in under-crowded dwellings.

In the EU, more than one in three persons (33.0%) lived in under-occupied dwellings in 2018, meaning that the dwellings were deemed to be too large, in terms of excess rooms and more specifically bedrooms, for the needs of the household living in it.

Although merrier, overcrowded households can feel even smaller with kids playing in the same room as parents trying to telework during the coronavirus lockdown. Moreover, overcrowded environments can present a higher risk of spreading the virus, Eurostat noted.

On the other hand, staying home alone for days on end brings its own set of challenges as well.

Overcrowding rate falling slightly in countries with the highest rates

Among the EU Member States, almost half the population in Romania (46.3%) were living in overcrowded households in 2018.

Compared to the previous year, the share of the population living in overcrowded dwellings fell slightly in all of these countries except Latvia (+1.5 percentage points), with the strongest fall recorded in Poland (-1.3 pp).

In particular, 40.2% of young people in the EU who were living in households at risk of poverty were also living in overcrowded dwellings. 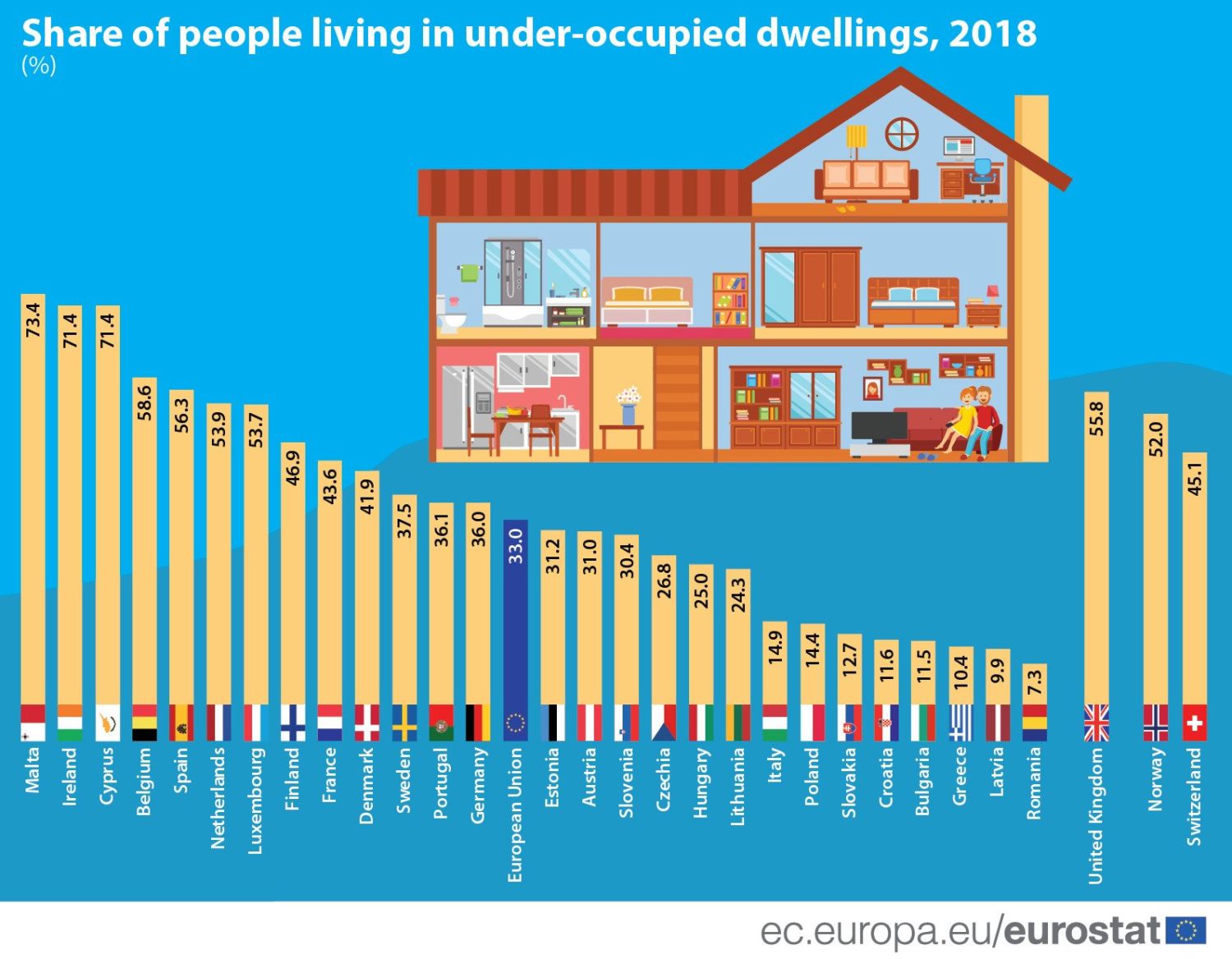 Seven in ten persons living in under-occupied dwellings in Malta, Ireland and Cyprus