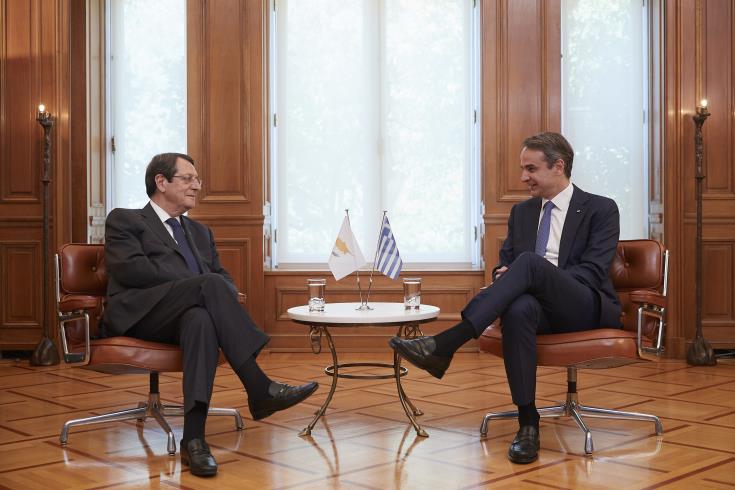 Cyprus President Nicos Anastasiades and Greek Premier Kyriakos Mitsotakis spoke on the phone on Tuesday evening in a bid to coordinate action in view of the European Council meeting in December and UN special envoy Jane Hall Lute’s visit to the divided island on November 30.

An official statement on Wednesday said Anastasiades and Mitsotakis spoke about the Cyprus problem and efforts for the resumption of the UN-brokered talks and the possibility of a five plus one conference as well as the ongoing Turkish provocations in the region.

The Council meeting is scheduled for December 10-11 and Turkey-EU relations will be assessed by the EU leaders.

Lute, UNSG`s envoy for the Cyprus problem on Tuesday will hold separate meetings in Nicosia with the President Anastasiades and newly-elected Turkish Cypriot leader Ersin Tatar.

After her meetings in Cyprus, Lute is expected to visit Athens to hold meetings with the Greek government.