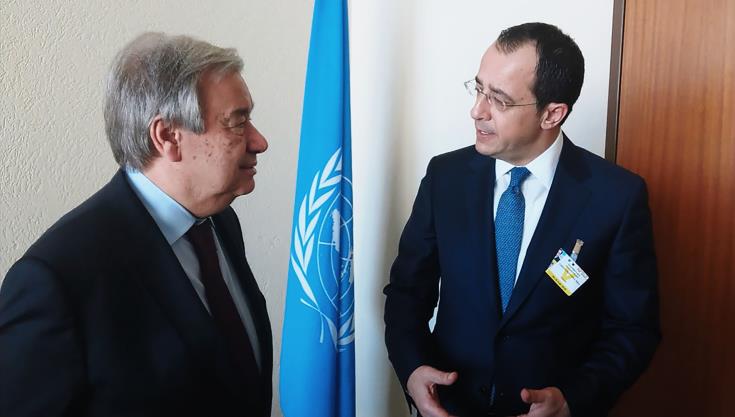 A statement by the Foreign Ministry said the Christodoulides-Guterres talks focused on Turkey’s unlawful activities in Cyprus’ exclusive economic zone  as well as developments in Varosha, the fenced-off part of Turkish-held Famagusta.

And that Guterres is ready to move forward with the process which aims to reunite the divided island right after April’s “elections” in the breakaway Turkish-occupied part of Cyprus.

“I had the chance to discuss and exchange views with the UN Secretary-General in relation to Turkish unlawful actions in the EEZ of the Republic of Cyprus, which are not in line with international law,” the Minister said in the statement.

“As well as about statements and actions of Turkey in relation to the fenced-off area of Famagusta which are in contrast to the relevant UN resolutions, among others,” he added.

The Foreign Minister is in Switzerland for the 43rd session of the Human Rights Council taking place from Monday till Wednesday.