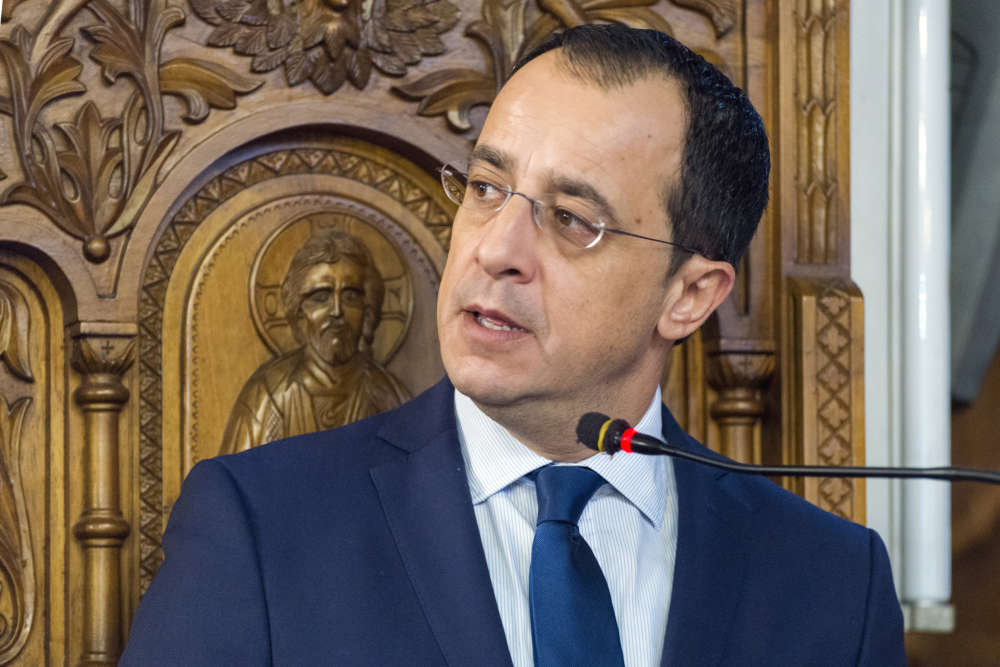 Developments in the region, EU-Turkey relations and the Cyprus problem are expected to be discussed, among other issues, during a meeting tomorrow between the Foreign Ministers of Greece and Cyprus, with the aim of making “certain very specific moves in the immediate future,” Cyprus’ FM Nicos Christodoulides said on Sunday on the eve of an official visit to Greece.

In statements in Limassol, Christodoulides said the meeting with his counterpart Nicos Dendias would be important and an opportunity “together with technocrats from both sides, to discuss in depth not just developments in the region, which are very important and affect the two countries but also relations between EU and Turkey, Turkey’s future, the Cyprus problem and all matters which concern the two countries.” The goal, he added, was to decide on “certain very specific moves in the immediate future.”

“I consider the meeting with the Greek Foreign Affairs Minister as particularly important, taking into account the crucial nature of these moments,” he noted.

Christodoulides also referred to a meeting on Tuesday at the Ministry of Foreign Affairs with US Assistant Secretary of Consular Affairs Carl Risch, with the participation of Cyprus’ Interior and Justice Ministers.

The aim, he said, “is to review the situation on the negotiations in the matter of ending the need for a visa for holders of Cypriot passports for the United States and to discuss the next steps.”

“The ultimate goal is to reach the desired outcome within 2020,” he pointed out.

Asked whether the data of US Secretary of State Mike Pompeo’s visit to Cyprus has been set, he replied that announcements would be made when it is the right time to do so.

Cyprus’ Foreign Affairs Minister also commented on the ceasefire in Libya, saying it was a positive development “which we welcome and we hope that it is maintained.”

Our position, he noted, “which we also conveyed to Brussels recently is that it is necessary for the EU to have a leading role in these developments,” adding that the EU should not follow the same policy as in Syria, where it did not play a leading role.

He recalled that the EU and its member states are the ones affected the most by crises in the neighbourhood, whether they be in Syria or Libya, Iran or Iraq and that is why the EU is obligated to play a leading role.

By In Cyprus
Previous articleReeker and Christodoulides discuss regional developments, Pompeo visit
Next articleBloomberg: If my fortune can help beat Trump in 2020, why not spend more?