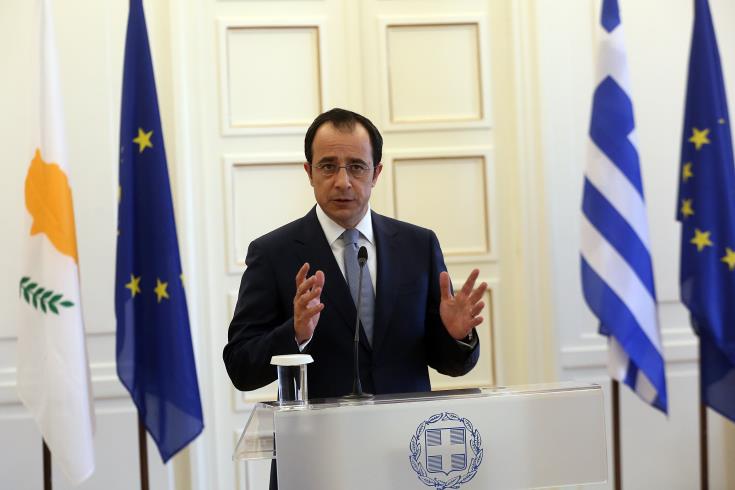 In an interview with Greek website iefimerida.gr, Christodoulides referred to the renewal last week of an illegal navigational telex or NAVTEX within Cyprus’ EEZ by Ankara and said this is indicative of Turkish intentions.

He then called for European sanctions related to Turkey’s illegal activities in Cyprus’ EEZ to be taken promptly.

“In the case of Cyprus, I remind you that only two days ago Turkey’s NAVTEX regarding illegal drilling operations in a block licensed by the Republic of Cyprus had expired and [Ankara] went on to renew it until October 12,” he said.

“This indicates [Turkey’s] clear intentions, at a time when there is an initiative, also for the termination of its unlawful activities in the Cyprus’ EEZ. Thus, it is clear that in the case of Cyprus [Turkey] chooses further escalation, in contrast with what it happening in the case of Oruc Reis”, he added.

On Cyprus’ expectations from the European Council, to be held on Thursday and Friday this week, the Foreign Minister explained that the case for sanctions is twofold.

The first aspect is related to Turkey’s illegal actions in Cyprus, which are still ongoing, he explained. For that, there is a political decision from 2019 and there is also a relevant legal framework for targeted measures against those taking part in these illegal actions.

The second aspect, he added, is related to the discussion held at the Foreign Affairs Council, last summer, in response to the escalation of Turkish illegal actions, also against Greece.

“There has already been an oral presentation by Borrell during the course of Gymnich, and now we are expecting the presentation of the relevant document before the Heads of State” he added.

Christodoulides also said that the Republic of Cyprus aims at the resumption settlement talks from the point at which they were left off at Crans Montana and underlined a recent reference by the UN Secretary-General, that negotiations need to take place amid an appropriate environment, away from tensions, in order to have good prospects to succeed.