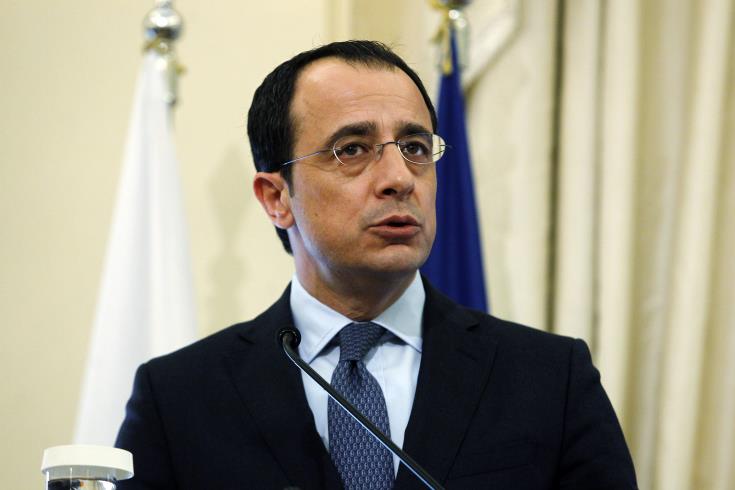 Foreign Affairs Minister Nicos Christodoulides expressed satisfaction with the Council decision on imposing targeted measures linked to the Turkish illegal drilling in Cyprus’  EEZ, and announced that the issue will be further discussed in the European Council on Thursday, by the President.

In a written statement issued after the meeting, Minister Christodoulides said that “the Foreign Affairs Council today unanimously decided to impose a regime of sanctions against natural and legal persons responsible for or involved in Turkey`s illegal activities within the Exclusive Economic Zone (EEZ) and the territorial waters of the Republic of Cyprus.”

He also stressed that the decisions are a continuation of the political, diplomatic and economic measures taken by EU Foreign Ministers last July in light of Turkey’s non-compliance with EU decisions.

“The EU, in its current decisions, sends a clear message to Turkey that its actions are condemned, but at the same time it is also a message to all those involved in these illegal actions that their actions have consequences,” the Minister clarified.

“I welcome the outcome that strengthens our effort to prevent and put an end to Turkey’s illegal activities”, he reiterated.

“The issue will be further discussed at the level of leaders at the forthcoming European Council meeting on 17-18 October, which will ratify the Council Conclusions as part of the President’s consultation with the President of the European Council” Minister Christodoulides concluded.

By In Cyprus
Previous article
More dust today, possibility of showers as temperatures edge down
Next article
doValue to manage €4.3 billion of Alpha Bank’s bad loans in Cyprus