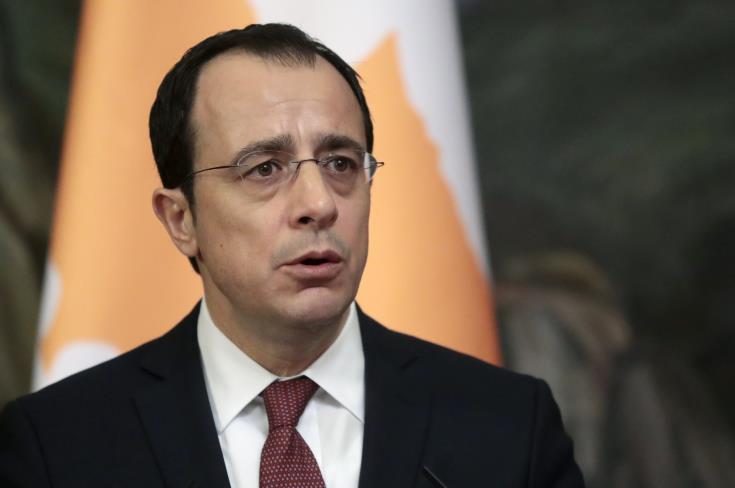 Cyprus Foreign Minister Nikos Christodoulidese attends on Monday the EU Foreign Affairs Council during which he will have the opportunity to brief his EU counterparts, among others, on the new provocative activities that Turkey has announced within the southern part of the Republic of Cyprus EEZ/continental shelf.

A press release issued by the Foreign Ministry said that the EU High Representative on Foreign and Security Policy, Josep Borrel, will brief the participants on the latest developments in regional and international issues including, among others, the situation in Libya, in view of the results of the Berlin Conference on Libya.

Moreover, the Foreign Ministers will exchange views on the situation in the Sahel, focusing on the Union’s strategy in the region, in view of the forthcoming Conference on it. They will also discuss issues of enhancing the EU climate diplomacy and strengthen actions against climate change in third countries, adopting relevant Conclusions.

During their lunch, they will exchange views on the Middle Eats peace process as well as the latest developments in the Middle East wider region, following the informal Foreign Affairs Council that took place on January 10.