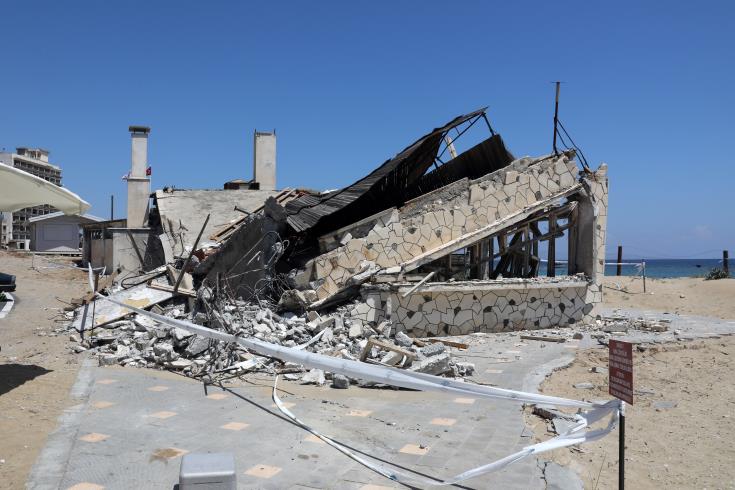 Cyprus is continuing its contacts at all levels in the aftermath of the latest illegal and provocative actions by Turkey in the fenced off area of Varosha in Turkish occupied Cyprus and of the relevant Presidential Statement approved by the UN Security Council.

CNA has learnt that there are ongoing deliberations at all levels with the EU countries, the UNSC member states as well as other countries, including Israel.

It is recalled that Israeli Foreign Minister Yair Lapid said on Monday that Israel and Cyprus share deep concern for Turkey’s provocative actions in Cyprus. In statements in Israel, where he welcomed his Cypriot counterpart Nikos Christodoulides, Lapid said that “we share deep concern of the provocative actions of Turkey in Cyprus lately and we are going to discuss the mutual reaction to it”.

It is noted that the EU has repeatedly stated that it is guided by the relevant UN Security Council resolutions on Varosha, and insists that they must be fully respected, including Resolutions 550 (1984) and 789 (1992). The EU stated that it would wait for the UNSC’s position before taking any further action.

On Friday, the UN Security Council approved during an open session a Presidential Statement condemning the announcements “by Turkish and Turkish Cypriot leaders” regarding Varosha and expressed its deep regret regarding these unilateral actions that run contrary to its previous resolutions and statements.

The Security Council called for the immediate reversal of this course of action and the reversal of all steps taken on Varosha since October 2020.

Meanwhile, later today a teleconference on the illegal actions in the fenced area of Famagusta will take place with the participation of the President of the House of Representatives, the Foreign Minister, leaders or representatives of political parties, heads and members of the Parliament`s delegations in international and European parliamentary organisations.

During the teleconference they will discuss about the coordination of actions regarding the Turkish illegal actions.