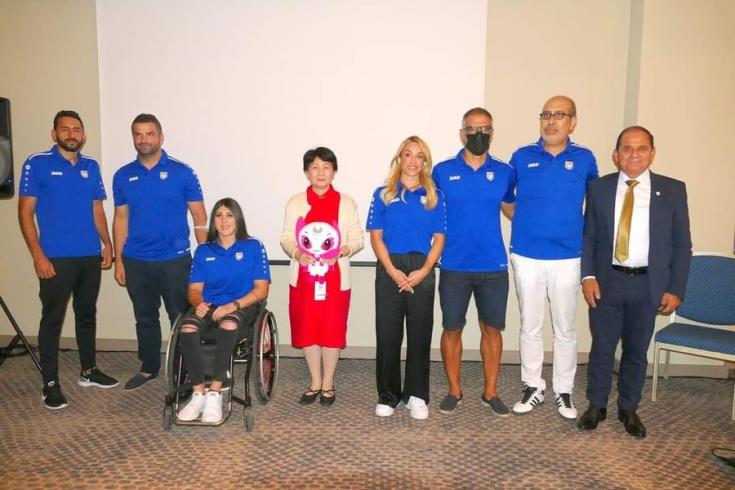 The three athletes that will take part in the Games, starting on 24th August are Antonis Aresti, track and field, Karolina Peledritou in swimming and Maria Markou in powerlifting.

Kamarlingos expressed hope that the Cyprus team will be successful at the Tokyo Games.

“We hope that we will get Paralympic medals, he told CNA, adding that the team is waiting to depart and has the full support of the Cyprus Ambassador in Japan”.

He said the team was strengthened with the addition of  Maria Markou who managed to qualify for the Tokyo Games.

Kamarlingos said he believes that Cyprus will participate with more athletes in the Paris Paralympic Games and remarked that the Cyprus Paralympic Committee is working hard to get more athletes to qualify in the future.

We want society to embrace these athletes and come forward with sponsorships to allow the committee implement its plans and at the same time, strengthen the Paralympic movement on the island, he added.

Head of the team and vice president of the committee, Efthimios Polydorou said that the Cypriot mission has many expectations for successes and hoped that they will all make Cyprus proud.

The Cypriot delegation will arrive in Tokyo in four separate teams and dates due to the COVID-19 restrictions. The Paralympic Games will be held from 24 August until 5 September.

Both Peledritou and Aresti will bear the Cyprus flag in the context of promoting gender equality.

By gavriella
Previous articleCyprus Μet Office issues yellow warning for extreme high temperature
Next articleDr. Karayiannis: For as long as there are unvaccinated people, we will have hospitalizations