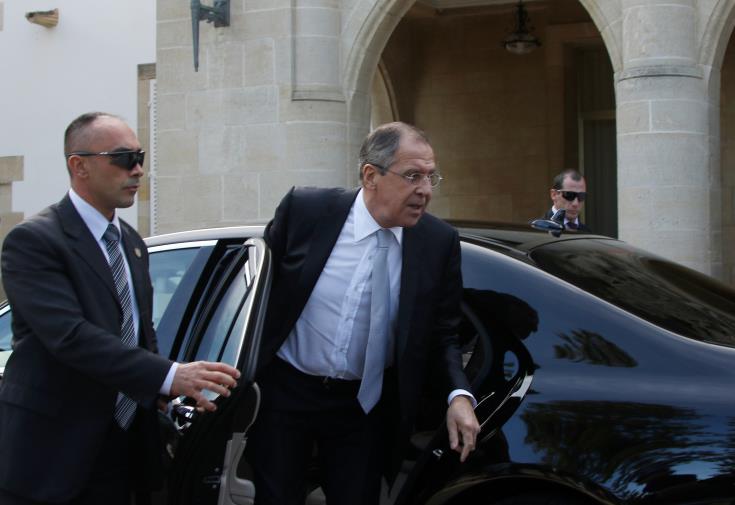 Cyprus’ and Russia’s Foreign Affairs Ministers Nikos Christodoulides and Sergey Lavrov are expected to discuss bilateral relations, the Cyprus problem, the situation in the Eastern Mediterranean, relations between EU and Russia, and other regional matters during a meeting they will have on Tuesday, in Nicosia.

Lavrov, who will pay Cyprus an official visit to mark 60 years from the establishment of diplomatic relations between the two countries, will also be received by Cyprus’ President Nikos Anastasiades and House of Representatives President Demetris Syllouris, a Foreign Affairs Ministry press release says.

In the context of his visit, a consultation programme between the two Foreign Affairs Ministries for 2021–2022 will be signed.

A protocol amending the agreement on the avoidance of double taxation between Cyprus’ Minister of Finance Constantinos Petrides and Russia’s Deputy Finance Minister Alexey Sazanov will also be signed then.

Christodoulides and Lavrov will have a tête-à-tête meeting followed by consultations with the participation of delegations from both ministries.

Following a ceremony held for the signature of the agreements the two ministers will make statements to the press.

They will then visit a photographic exhibition marking the 60 years of diplomatic relations between the two countries at the Ministry of Foreign Affairs and have a working lunch.