Cyprus and Greece to strengthen cooperation on diaspora 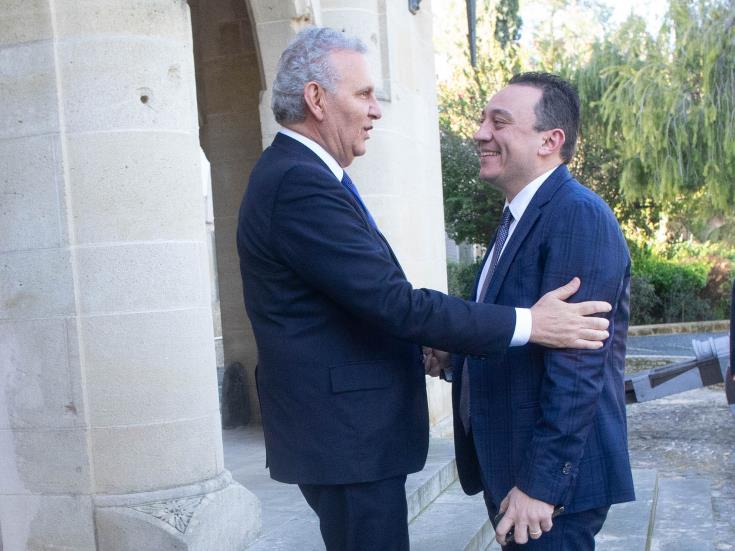 Cyprus and Greece have set goals and priorities towards strengthening diaspora cooperation between the two countries.

This is what Greek Deputy Foreign Minister Kosta Vlasis who is also responsible for overseas Hellenes
said on Wednesday after talks in Nicosia with  Presidential Commissioner Photis Photiou.

Vlasis also said they had discussed the issue of missing persons, noting that it is not possible to have 810 families still searching for their loved ones. And that he will join forces on this matter with Photiou so as to put an end to this decades-old tragedy.

On trilateral diaspora cooperation plans with Egypt and Israel, Vlasis said that these are based on a positive agenda in the broader region bringing people and the diaspora closer together.

As for Photiou, he said they had the opportunity to discuss the promotion of particular actions, in line with a Memorandum of Understanding they have recently signed.

They also agreed to continue their productive trilateral cooperation on diaspora issues with other countries, such as Israel, Egypt and Armenia which “strengthen further the role of Cyprus and Greece as European pillars of stability, security, peace and prosperity in the region” Photiou also said.

The Presidential Commissioner added that the two sides are considering the possibility of extending their cooperation to include additional countries – such as Ireland and Portugal.