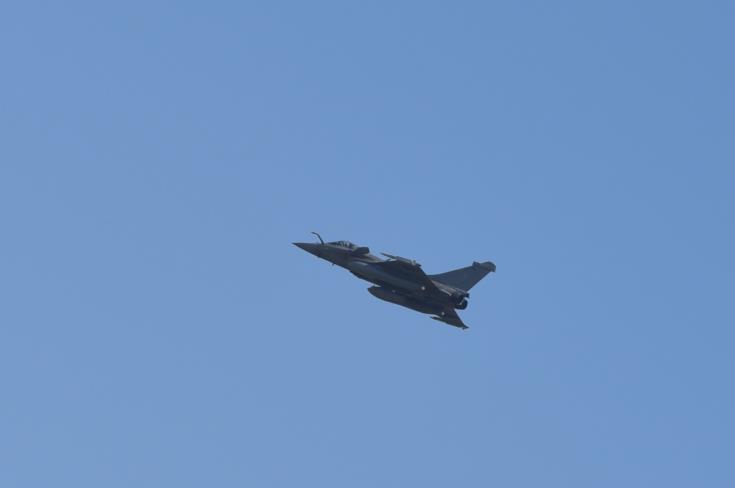 French Rafale aircraft will fly on Tuesday over Cyprus in the framework of a new military air exercise, name coded “TALIOS-2 2021” with the participation of the French aircraft carrier Charles de Gaulle and air defence systems of the Republic of Cyprus.

According to the Defence Ministry, in the framework of the exercise, Rafale aircraft wili fly over Cyprus between 1200 and 1800 local time.

The exercise, that takes place in the framework of the implementation of the defence cooperation programme between Cyprus and France, will take place in part of the Republic of Cyprus territory and airspace.

By gavriella
Previous article
Where to get a free rapid test on Tuesday, 25 May
Next article
100 new cases of COVID-19, two deaths on Monday