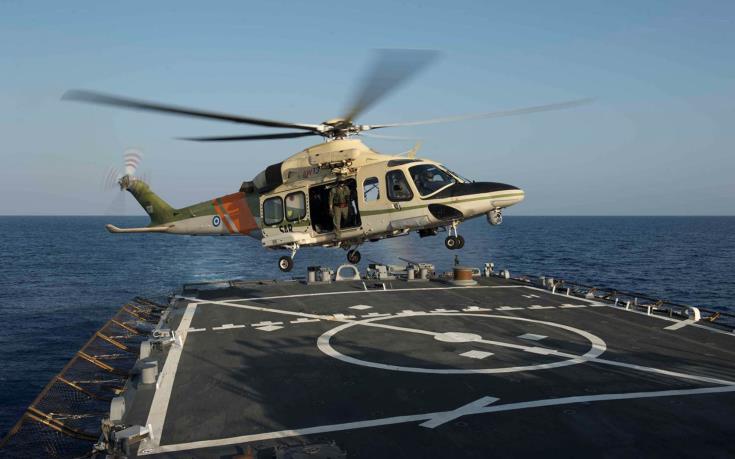 Cyprus, due to its geographical position at the strategic crossroads of Europe, Middle East, and Africa, has a significant role to play as a “safe transfer hub,” Cyprus Minister of Foreign Affairs Nikos Christodoulides said on Thursday.

Addressing a reception hosted by the Foreign Ministry, in the framework of the Civil Military Exercise “Argonaut 2018,” at Larnaca Port, Christodoulides said, that Αrgonaut is the only civil-military Exercise which addresses, amongst other, the vital issue of non-combatant evacuation operations.

Highlighting the constant increase of international participants and observers, Christodoulides pointed out that this extensive participation “reflects our common realization that the current situation in the Middle East calls for intensification of our collective vigilance and preparedness.”

“Cyprus, due to its geographical position, at the strategic crossroads of Europe, Middle East, and Africa, has a significant role to play as a ‘safe transfer hub’,” he said, adding we are well aware of our role and responsibility, and the Government of Cyprus has proven its willingness and readiness to assume and fulfil this responsibility for the benefit of the international community.

The Cypriot FM underlined that this role has been a core component of our foreign policy in the past few years, which has as one of its primary goals to amplify the capacity of Cyprus as a geopolitical bridge, and as a generator of security and stability.

The Government, he added, “has actively promoted the forging of synergies, with closer cooperation between moderate partners in the region, including through the creation of trilateral mechanisms with neighbouring countries, and in this way conveying the message that we stand united against the threats we face.”

Christodoulides also recalled that Cyprus assumed the role of “safe transfer hub” for the first time twelve years ago, when it was used as a “safe haven”, for an evacuation operation of civilians during the 2006 Lebanon crisis, a role carried out with “no specific action plan” but with an effective and timely response by the services of the Republic of Cyprus.

Noting that the accumulated experience of collaboration and coordination was codified in the “ESTIA National Action Plan” to deal with such evacuations, the Cypriot FM stressed however “we are strong believers in the principle that action plans must not remain in dark drawers.”

“They must be scrutinized and put to the test through drills and this is precisely the prime purpose of the Argonaut exercise: to test, assess and improve existing action plans in order to be ready for a real emergency. Being prepared is half the success,” he concluded.

By In Cyprus
Previous articleCyprus Airways takes delivery of its second Aircraft A319
Next articleGreek Cypriot side ready to return to the negotiating table, Deputy spokeswoman says