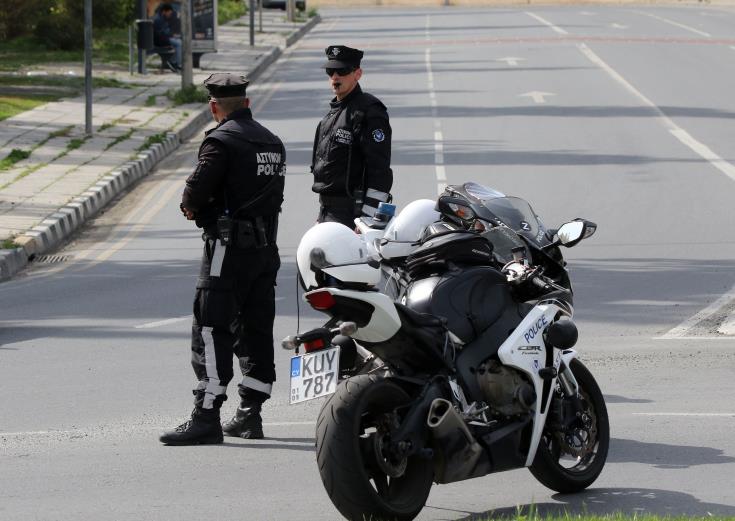 Cyprus had the second lowest percentage of cars observed speeding in urban roads in Europe for 2017, but one of the highest on motorways a European Transport Safety Council (ETSC) report found.

Release of the report coincided with a police announcement that they booked 3,453 drivers for speeding between February 11-17.

The report is part of the Road Safety PIN programme. It compares traffic data submitted by local authorities in the EU-28 as well as in Switzerland, Norway, Israel and Serbia.

The lowest percentage was in Sweden with 35% and the highest in Poland, where 75% of car and van drivers were observed driving over the limit of 50 km/h.

“Although the percentage is the second lowest in the report, it refers to just a little more than 1/3 of the total number of cars in Cyprus. Also, considering the fact that the majority of deaths occur in urban roads (unlike most other European countries), we should not become complacent,” Giorgos Morfakis who represents Cyprus in the Road Safety Pin programme said.

The percentage of observed speeds of cars and vans higher than the speed limit on rural non-motorway roads in Cyprus was 18%, which was again the second lowest among the countries who submitted data. The mean speed in Cyprus was 74 km/h.

The lowest was in Great Britain with 9% and the highest was in Israel with 70%.

Nevertheless, the report was not all positive for Cyprus, as the country had one of the highest proportion of observed speeds of cars and vans higher than the speed limit on motorways.

The report showed that 63% of Cypriots drive over the 100 km/h speed limit on motorways, with the mean speed being 105 km/h.

Portugal (speed limit=120 km/h) had the highest proportion with 64%, while the lowest was observed in Lithuania (speed limit=130 km/h) with 19%.

2,100 lives could be saved if the average speed dropped by 1 km/h

Inappropriate speed is accountable for about one third of fatal collisions in the EU and is an aggravating factor in most collisions. “2,100 lives could be saved each year if the average speed dropped by only 1 km/h on all roads across the EU,” the ETSC writes.

In the EU, 37% of all road deaths occur on urban roads. 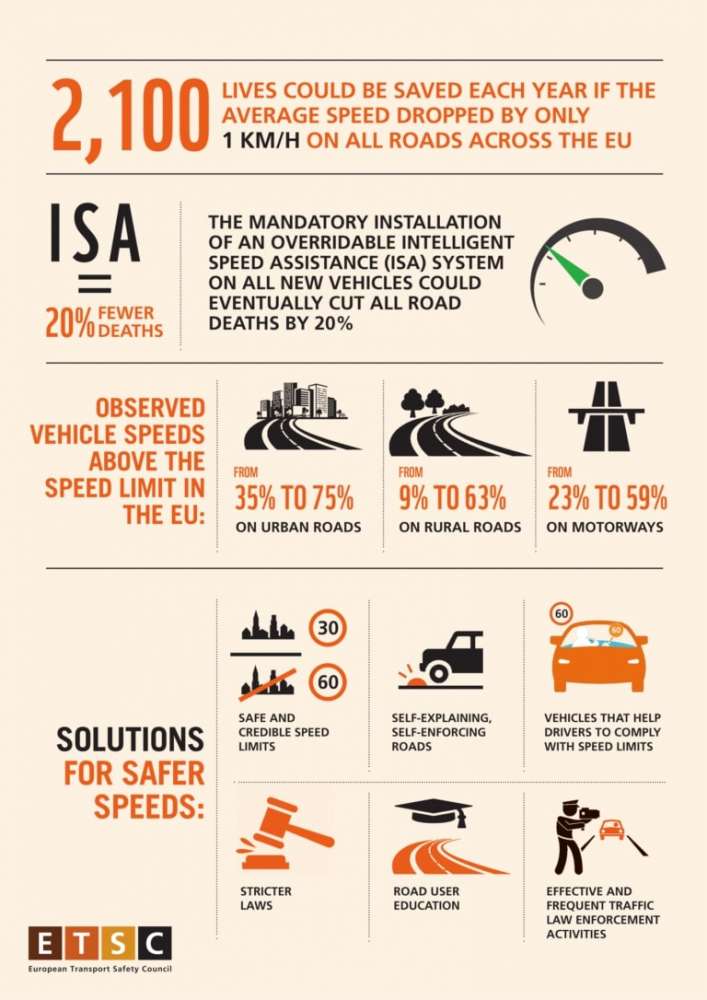 Police said on Monday that they have booked 3,453 drivers for speeding between February 11-17.

In the past 24 hours five drivers were arrested for driving far over the speed limit, police said.

In Limassol, two men – aged 21 and 23 — were caught speeding at 139 km an hour on Franklin Roosevelt street where the speed limit is a 50 km at around 8.15 pm. The two young men were racing.

Another driver was arrested for speeding on Ayia Napa-Cape Greco road around 8:40 pm.

Traffic officers signalled him to stop, but instead he sped away and entered a dirt road.

Police later managed to cut him off and stop him.

He was found driving without an MOT certificate, a driver’s licence and an insurance.

By In Cyprus
Previous articleTourist arrivals reach record high in January due to increase of UK tourists
Next articleFacebook broke rules, should be regulated – UK lawmakers