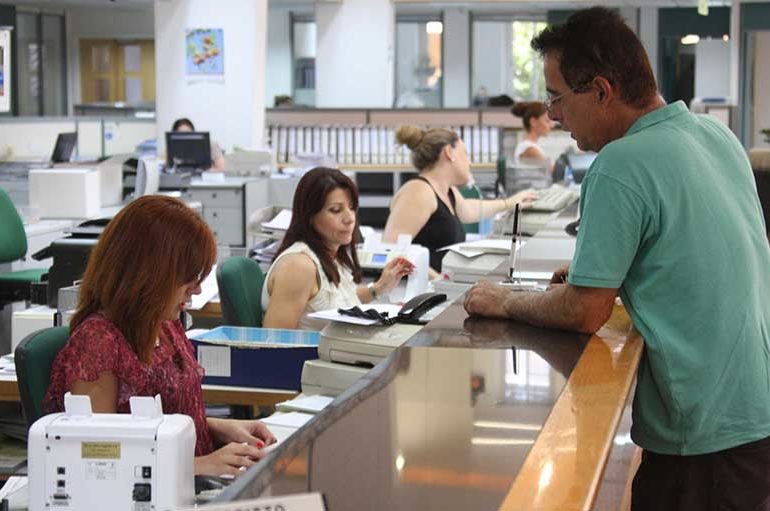 Cyprus is ranked 27th out of 28 EU countries and 92nd out of 149 world countries in the World Economic Forum’s 2018 Global Gender Gap Report.

The Report benchmarks 149 countries on their progress towards gender parity across four thematic dimensions: Economic Participation and Opportunity, Educational Attainment, Health and Survival, and Political Empowerment.

According to the report, in 2018, 69.6% of Cyprus’ female population participated in the labour force, compared to 77.4% of the male population.

Women are more likely than men to be unemployed in Cyprus, as 13.5%% of women are unemployed, compared to 12.6% of men.

Cyprus was ranked 111th in the world for its percentage of women legislators, senior officials and managers, as women in these positions make up just 20.7% of the total.

Women in the Cyprus Parliament make up just 17.9%.

With two out of eleven ministers being women, Cyprus ranks 119th in the world for women in ministerial positions.

Things look a bit better for Cyprus when looking at education statistics, as the country is ranked first in the world in three categories regarding gender parity in education.

Despite the high number of women enrolled in education, the gap widens again when looking at percentages of PhD graduates and people employed in research and development.

According to the report, 0.4% of women in Cyprus hold PhDs, while the percentage for male holders of PhDs is at 1%. Also, among personnel employed in research and development, 42.6% are women.

The education gap also widens when looking at people 65+, as many older women in Cyprus were forced out or left school in an early age to care for their family.

Specifically, among people aged 65+, 37.1% of women completed secondary education, while the percentage for men is at 57.2%. Also, 5.4% of Cypriot women aged 65+ have completed tertiary education, compared to 15.1% of men.

According to the WEF, the length of maternity leave in Cyprus is 126 days. In 2018, 72% of Cypriot women received wages during their maternity leave.

Having closed more than 85.8% of its overall gender gap, Iceland holds the top spot in the Index for the 10th consecutive year. 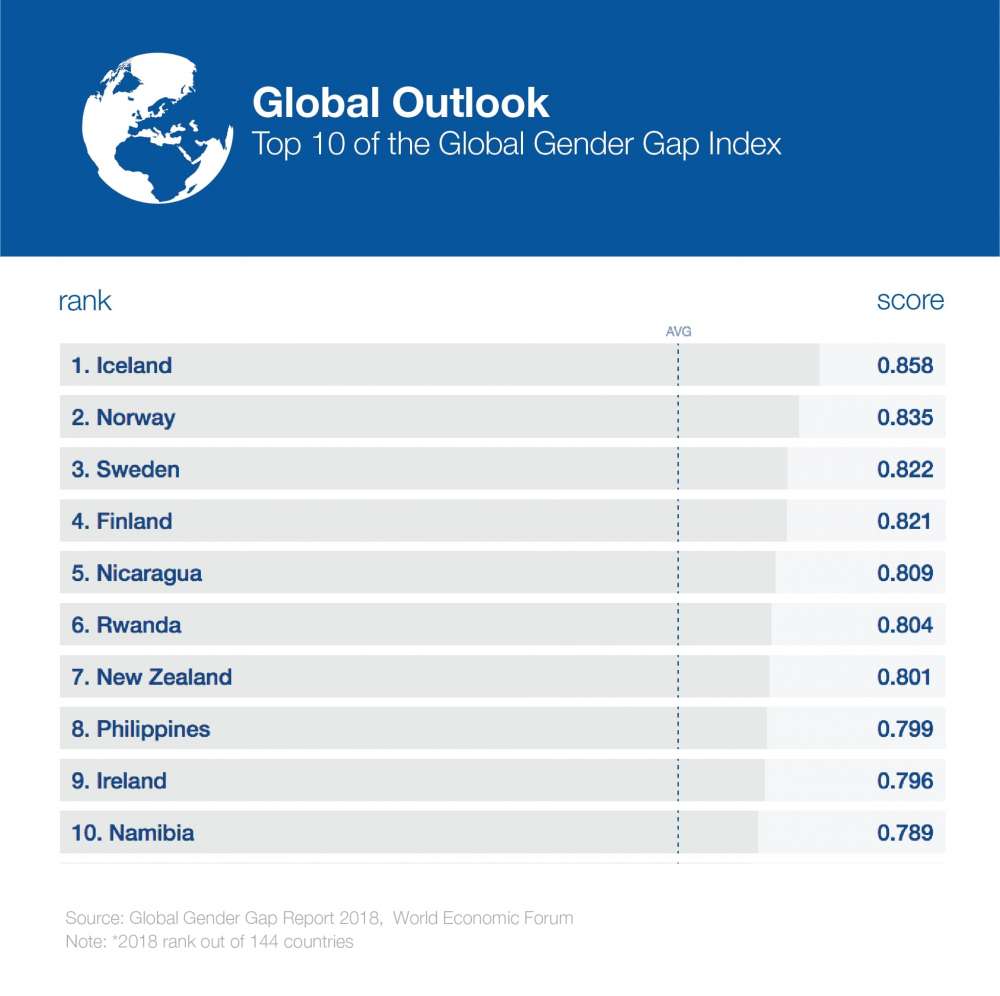 Globally, the average (population-weighted) distance completed to parity is at 68.0%, which is a marginal improvement over last year. In other words, to date there is still a 32.0% average gender gap that remains to be closed.  The directionally positive average trend registered this year is supported by improvements in 89 of the 144 countries covered both this year and last year.

The WEF estimates that the overall global gender gap will close in 108 years across the 106 countries covered since the first edition of the report. The most challenging gender gaps to close are the economic and political empowerment dimensions, which will take 202 and 107 years to close respectively. 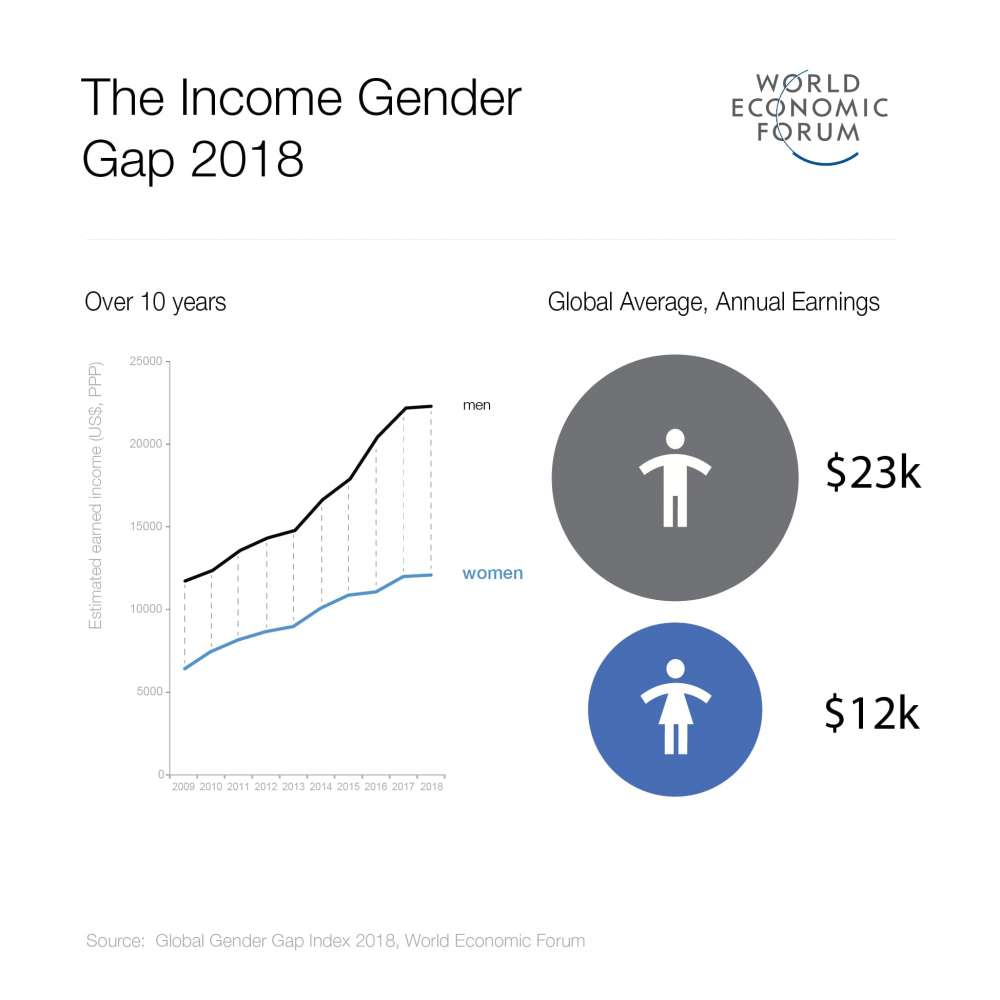 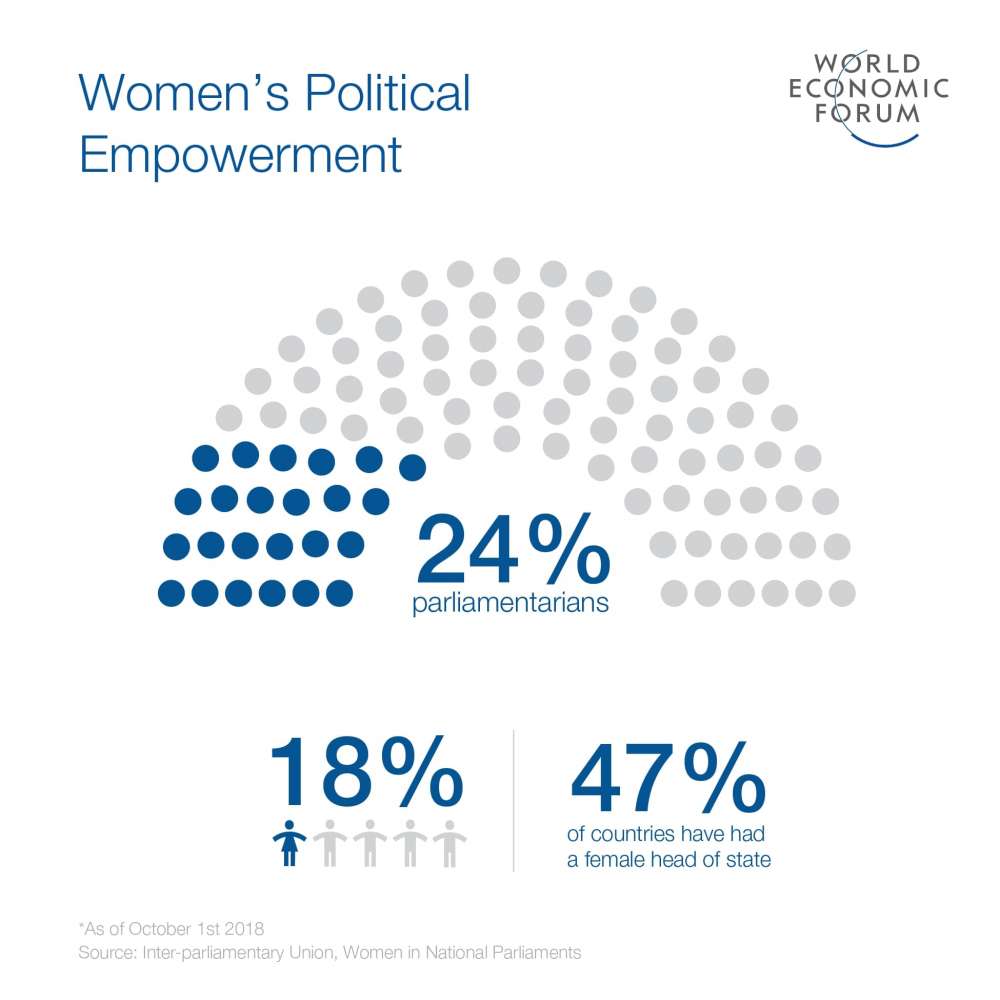 By In Cyprus
Previous articleLarnaca resident urges municipality to establish pet cemetery
Next articleRegistered unemployed at 30,951 end of January, 2019