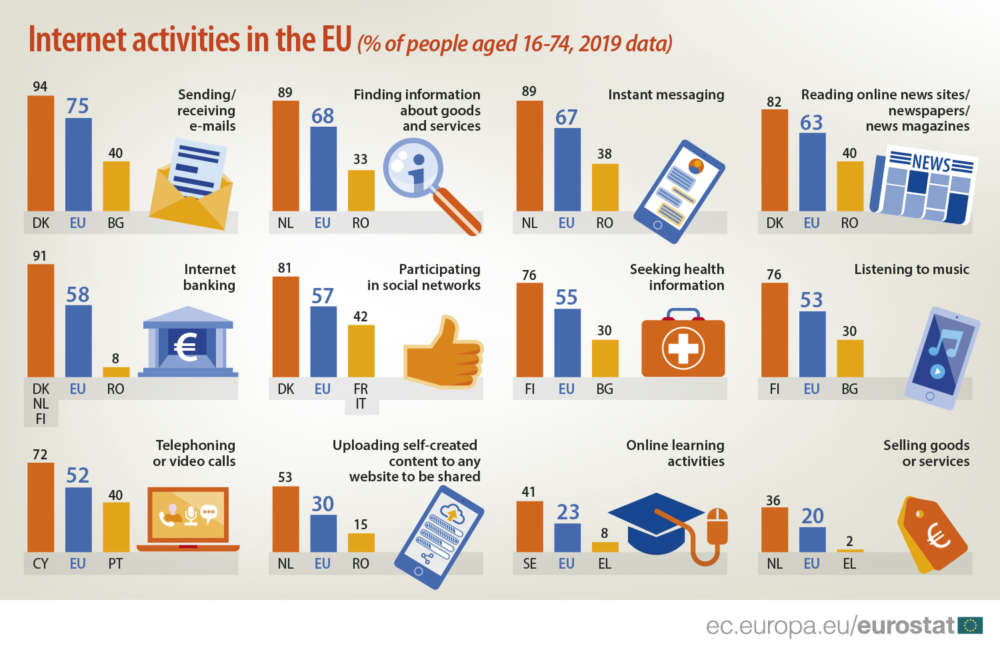 Cypriots use the Internet for telephone or video calls more than the average EU citizen according to figures released by Eurostat on Monday.

Overall, in 2019 86% of people in Cyprus aged 16-74 reported that they had used the internet during the previous three months — marginally below the EU28 average of 87%. This share ranged from 98% in Sweden to 68% in Bulgaria.

A majority of people also used the internet to use banking facilities (58%), to participate in social networks (57%), to look for health information (55%), for listening to music (53%) and telephoning or video calls (52%).

Eurostat’s figures show that Cypriots had the highest share as regards telephone or video calls at 72% compared to the EU28 average of 52%. 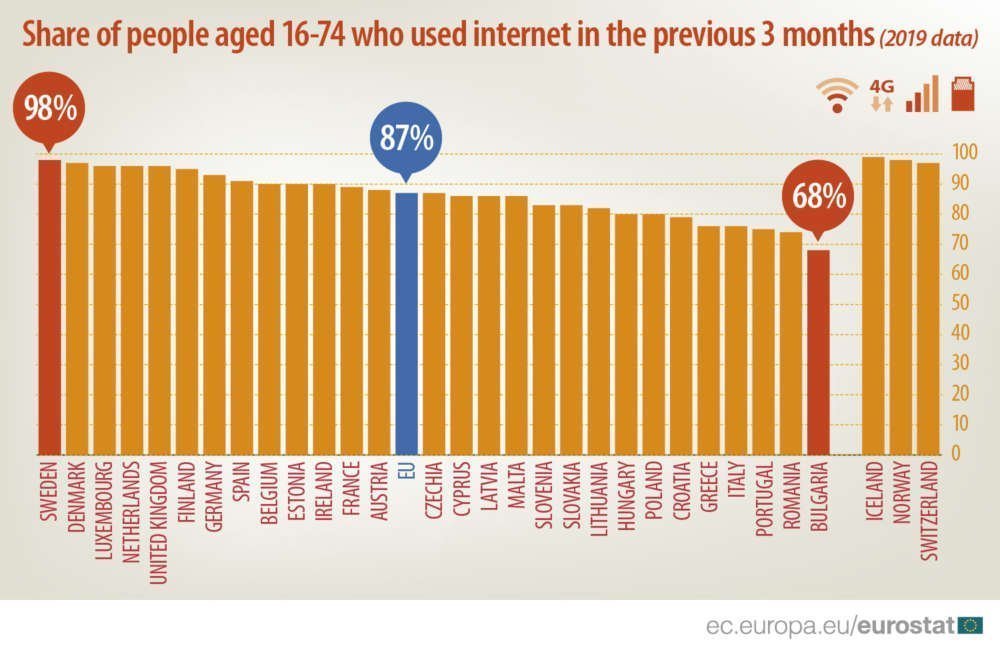 The source dataset is available here and here.