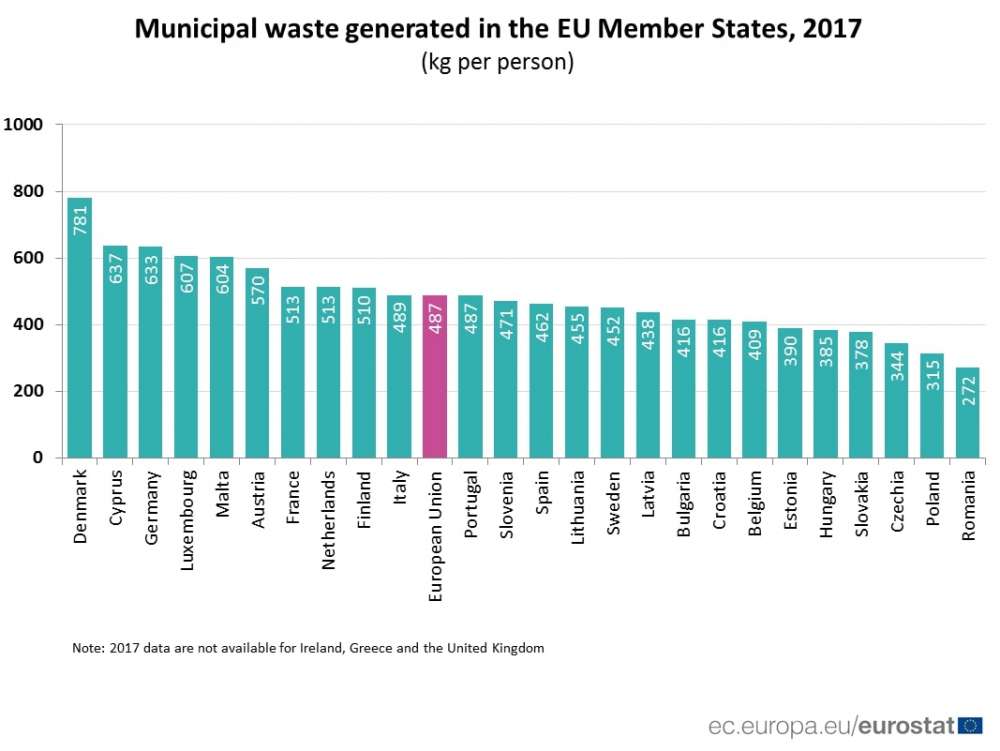 Cypriots produced 637 kg of municipal waste per person in 2017, the second highest in the European Union and well above the EU average of 487 kg per person, according to figures released by Eurostat on Wednesday.

They showed that the amount of municipal waste generated per person in the European Union (EU) in 2017 amounted to 487 kg, close to the level in 2016 (486 kg per person).

In 2014 the figure reached a low point of 478 kg per person and since then there has been an increase in each year.

The amount of municipal waste generated varied significantly across the EU Member States.

In contrast, there were three countries which generated less than 350 kg of municipal waste per person: Romania (272 kg/person), Poland (315 kg/person) and Czechia (344 kg/person).

The treatment of municipal waste is undertaken using different methods.

It should be noted that the reporting of municipal waste differs among Member States and may explain some of the variation in the data, Eurostat said.

For more information, take a look at the overview of statistics on waste on the Eurostat website.