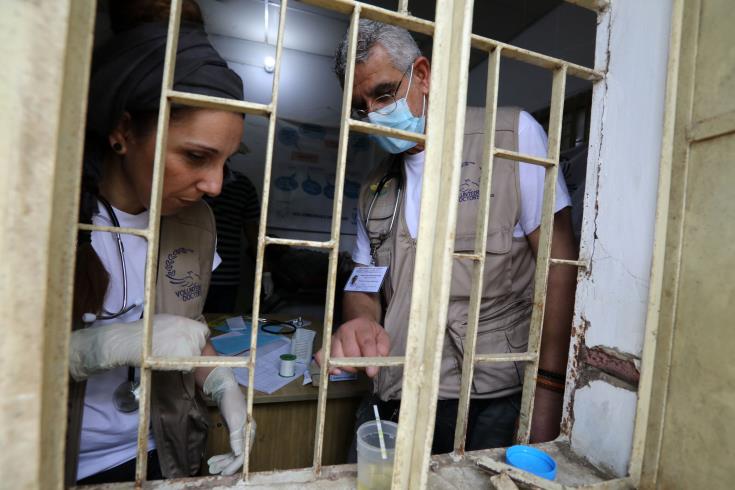 The Volunteer Doctors of Cyprus are providing medical assistance to Rohingya refugees who were violently persecuted from Myanmar in August 2017 and are living under harsh conditions in the refugee camps of Nayapara and Kutupalong in Bangladesh.

The Cypriot mission includes experts in the fields of pathology, cardiology, paediatrics, dentistry, and gynaecology.

The Rohingya, who are estimated at over one million, are one of many ethnicities living in Myanmar. The Muslim Rohingya represent the largest percentage of Muslims in Myanmar, most of whom live in the Rakhine state. They have their own language and culture, and maintain that they are descendants of Arab merchants and other groups who have lived in the area for decades.

The government of Myanmar, primarily a Buddhist country, denies naturalisation to the Rohingya, has excluded them from the 2014 census, and refuses to recognise them as an ethnicity, considering them illegal immigrants from Bangladesh.

Since the 1970s, a large number of Rohingya has emigrated within the broader region. Over the past few years, even before the current crisis, thousands of Rohingya emigrated in an effort to escape violence within the community and persecutions from Myanmar’s authorities.

The most recent mass exodus began on 25 August 2017, when Rohingya rebels belonging to the organisation Arsa attacked more than 30 police departments. According to the Rohingya displaced persons, the Myanmar regime retaliated by sending in troops, which, supported by a mob of Buddhists, burned their villages and attacked civilians.

The United Nations consider the situation of the Rohingya to be the fastest spreading refugee crisis in the world.

According to UNHCR, before last August there were already 307,500 Rohingya refugees living in refugee camps and makeshift settlements. Since then, another 655,000 Rohingya were added to that number.

Most of the Rohingya arriving in Bangladesh have few possessions and are seeking shelter by building settlements anywhere, often without access to aid, clean water, food, shelter, and medical care.

The largest refugee camp is in Kutupalong in Bangladesh. The number of refugees living there has reached 22,241, while in the makeshift settlements they are estimated at almost 550,000.

Around mid-January 2018 it was determined that another 242,000 people were living in other areas, while a further 79,000 were not living in camps.