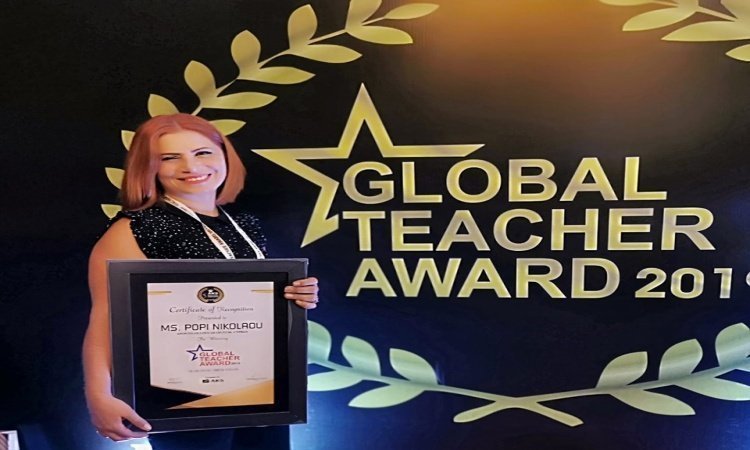 Cypriot teacher Popi Nicolaou is amongst the world’s best as she received the Global Teacher Award 2019.

The Global Teacher Awards is a global competition which takes place every year in New Delhi, India.

Considered by some as the “Nobel Prize” of teaching, it highlights and celebrates the profession and recognises a teacher’s outstanding contribution.

Popi Nicolaou, is an art teacher at the Kolossi Lyceum in Limassol and is known for the creation of the student artwork Immigrants, which won a double award in an international art competition by the prestigious Saatchi Gallery in London.

Nicolaou began teaching at Frederick University where she worked for eight years before she moved to public schools where she has worked for the last 17 years.

The Global Teachers Award is one of the many distinctions Nicolaou has to her name for the artwork she created together with her students.

By In Cyprus
Previous articleParty proposes prohibiting Islamic attire in schools, public areas
Next articleBrexit deal emerging or not? Latest in Britain-EU talks