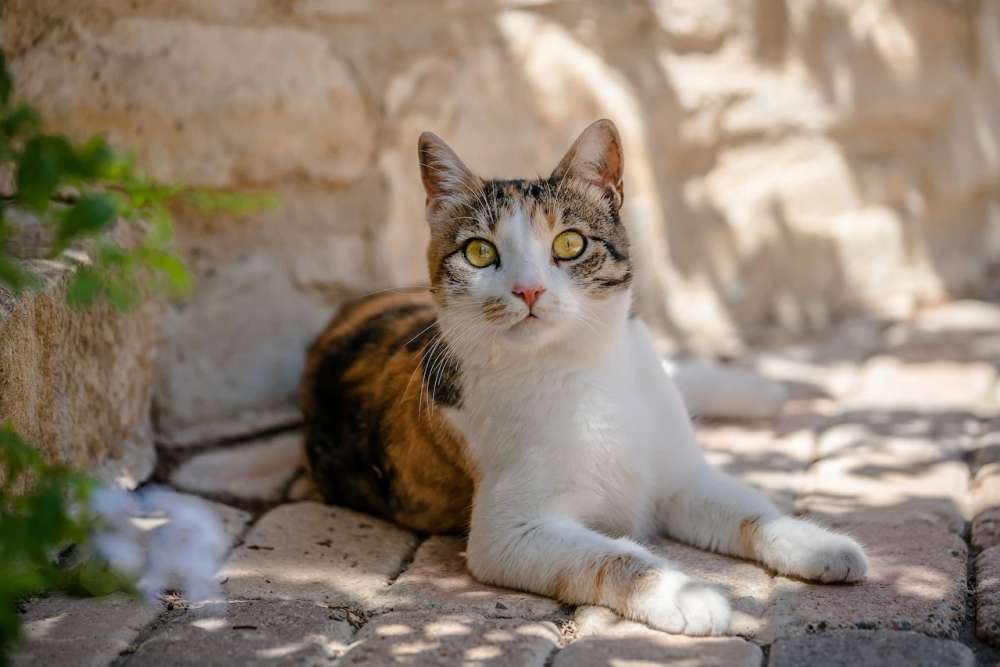 The Daily Telegraph on Tuesday ran a story on two resorts in Cyprus which have installed ‘cat hotels’ to take care of feral cats.

Reporter Annabel Fenwick Elliot travelled to Cyprus to meet volunteers of Animal Rescue Cyprus who are trying to persuade luxury resort owners to to take care of the large feline population of Cyprus “rather than shoo them away”.

Founded in 1982 by Christos Panayiotou, last year alone Animal Rescue arranged for 9,125 cats to be neutered (25 per day). The medical bill totalled €215,000, all funded by donations.

“By providing on-site shelter and food stations, the theory goes, cats have a safe place to eat and sleep, and will be thus less inclined to pester guests,” Elliot writes.

One of the two resorts that have already installed facilities for cats is Columbia Beach Resort in Pissouri.

According to the Elliot, the resort “pioneered the concept of cat shelters on hotel grounds nearly ten years ago”.

Owner Heinrich Schoeller explained his approach to the Telegraph: “The feral cat population in Cyprus was a known problem. It was growing beyond control and to the detriment of cats across the island. This area was no exception and it became my aim to somehow ensure these cats were cared for properly.

“Feral cats breed quickly, they come to be a nuisance and that can be a problem for both the cats and those people that live alongside them. I quickly understood that it didn’t have to be like that. We could set the example in ensuring the cats were healthy and thriving, which made them a welcome sight in the area.”

The resort has established the Columbia Cat Care Project, to to neuter and vaccinate the strays that frequent the resort, as well as to feed and monitor them.

“Any unneutered cats that wander in are captured, sterilised and released with a heart-shaped stamp in their ear to indicate that they’ve had the operation,” the Telegraph explains.

Several food stations, or “cat tavernas” are situated in the quieter corners of the grounds, equipped with dry food and fresh water, and tinned food served twice a day.

The resort even has its own vet, who along with staff member Ani are in charge of the project. According to the Telegraph, “Ani knows all the cats by name, and they know her”.

Elliot writes that it’s not uncommon for guest to befriend particular cats during their stay.

“Some have ended up so attached they’ve taken them home, mainly to Germany and the UK. Others sign up to the CCP mailing list for regular photos and updates of their feline friends, and many continue to sponsor the organisation for a fee of €25 per year.”

Aphrodite Hills Hotel in Paphos is the second resort with a programme to care for its cats, as it has installed feeding stations.

It was the discovery of a dead cat on the manicured grounds last summer that persuaded manager Nicholas Kittis to change the hotel’s approach to the local stray population, Elliot writes.

“Before that, we fed some of them but the purpose was to keep them away from dining areas,” he says. “It sometimes worked, other times not. We’ve always had people that will feed them from the table, and then other guests complain. It’s a delicate balancing act.”

Kittis, has even larger ambitions, Elliot writes: “I want to build an entire cat hotel,” he says, “to create a fenced, protected complex where they can eat, sleep and play, and where guests can visit and spend time with them should they wish,” he says.

Find more about Animal Rescue Cyprus on its Facebook page.