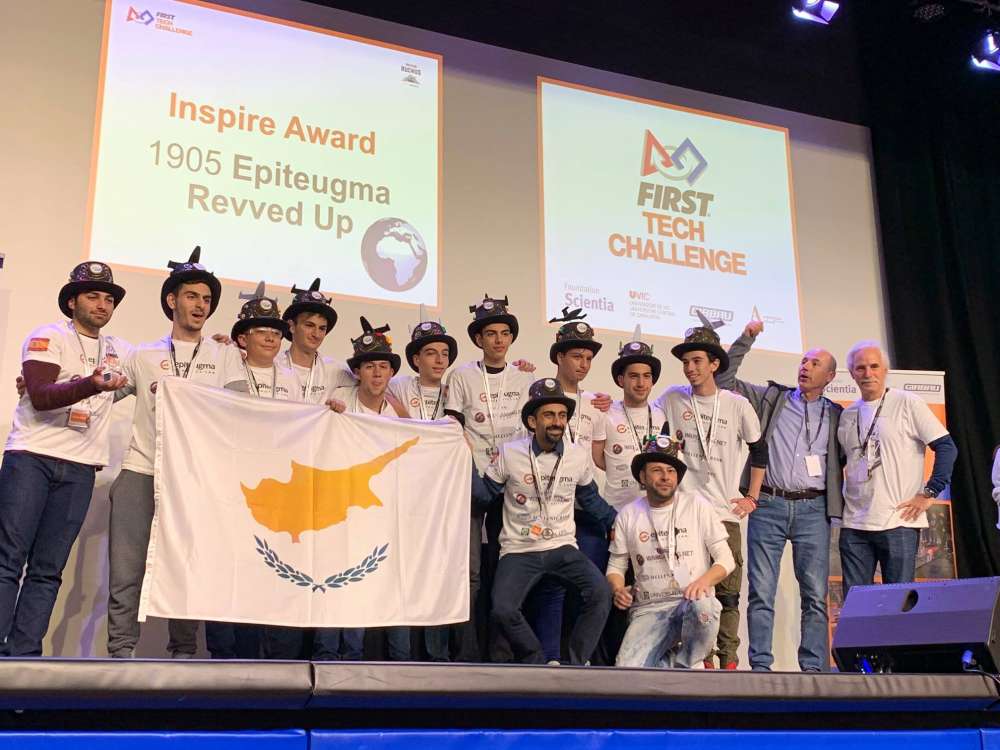 The Cypriot team will now participate in the international grand final FIRST Robotics Competition 2019 in Detroit between April 24-27.