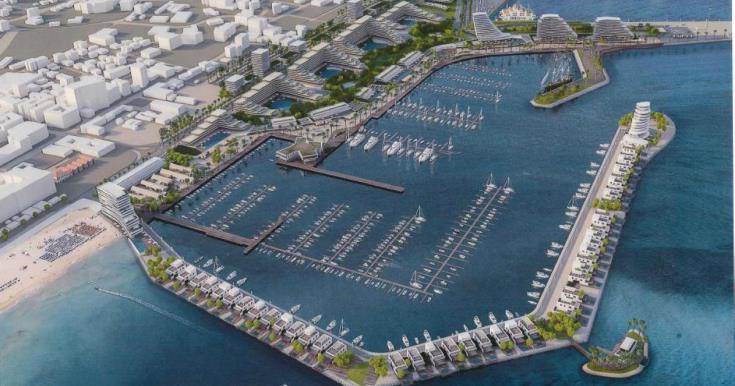 “Construction works will take approximately 10 years, and the concession agreement is for 40 years…our first step is to submit applications for the required permits with works set to begin in two years,” said company CEO Panos Alexandrou.

“Plans include the development of the marina with the latest technological infrastructure, turning Larnaca port  into one capable of serving large vessels, with the expansion of piers and docks and the construction of a modern passenger terminal,” he added.

Alexandrou also said that provisions have been included to also serve the energy industry, adding that Larnaca Municipality’s red lines were adopted and will be respected. This mean that chemical sludge, radioactive material and volatile installations are excluded.

Phase one also includes the Yacht Club, a five-thousand-square-meter space accommodating the offices of the marina, restaurants, event venues, sailing and diving schools as well as boat shops.

The second phase provides land and tourist development in the marina along with a traditional local produce market. In addition, 10,000 square meters of educational space will be constructed, to host university lectures and areas where research can be carried out, a medical school and center, a hotel, a tourist college and a university for environmental and energy studies.