The High Commissioner of the Republic of Cyprus to Canada, Mr Giorgos Ioannides, presented on September 22, during a special ceremony at Rideau Hall in Ottawa, the official residence of the Governor General of Canada, his credentials to the Governor General, Mrs Mary J. May Simon.

High Commissioner Ioannides assured the Governor General that the Government of the Republic of Cyprus and he personally will continue to work to further enhance and strengthen bilateral cooperation, on issues, inter alia, relating to the promotion of human rights, combatting climate crisis, further developing EU-Canada relations, as well as cooperating in multilateral Organisations, including the United Nations, the Commonwealth and the Francophonie.

He also informed of the Government’s decision to increase and upgrade the diplomatic presence of the Republic of Cyprus in Canada and encouraged Canada to re-establish a High Commission of Canada in Nicosia.

During the meeting, the latest international developments were also discussed, including transatlantic relations and the situation in the wider region of the Eastern Mediterranean.

The Governor General conveyed her warmest regards to the President and the people of Cyprus while reiterating the willingness of Canada for a strengthened bilateral relationship and wished the new High Commissioner every success in fulfilling his diplomatic mission. 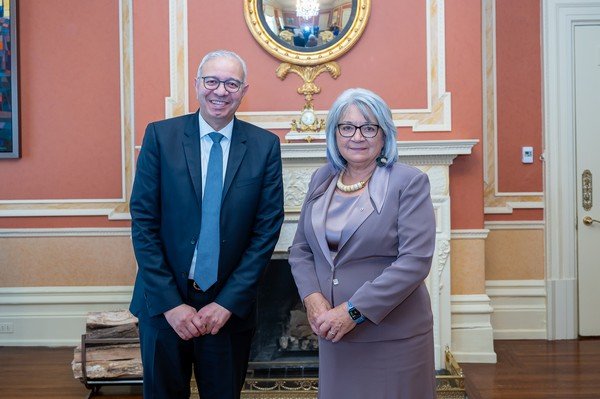