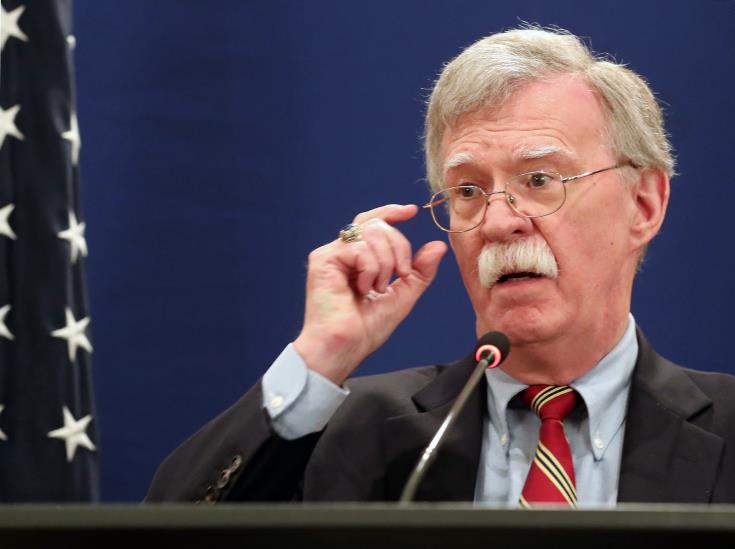 Foreign Minister, Nikos Christodoulides, had on Friday a telephone conversation with the US President`s National Security Adviser, John Bolton, whom he briefed on the latest developments regarding Turkey’s illegal activities in Cyprus’ Exclusive Economic Zone.

Diplomatic sources told CNA that the two officials exchanged views about the way the issue is being handled and that the conversation took place at Christodoulides’ initiative.

Bolton reiterated the US administration’s position on the matter, as it has already been expressed in a State Department’s statement, and the two officials agreed to remain in constant contact on the issue.

The State Department statement said that the United States “is deeply concerned by Turkey’s announced intentions to begin offshore drilling operations in an area claimed by the Republic of Cyprus as its Exclusive Economic Zone” and that “this step is highly provocative and risks raising tensions in the region. We urge Turkish authorities to halt these operations and encourage all parties to act with restraint.”