Cypriot flag raised at the top of Everest (photos) 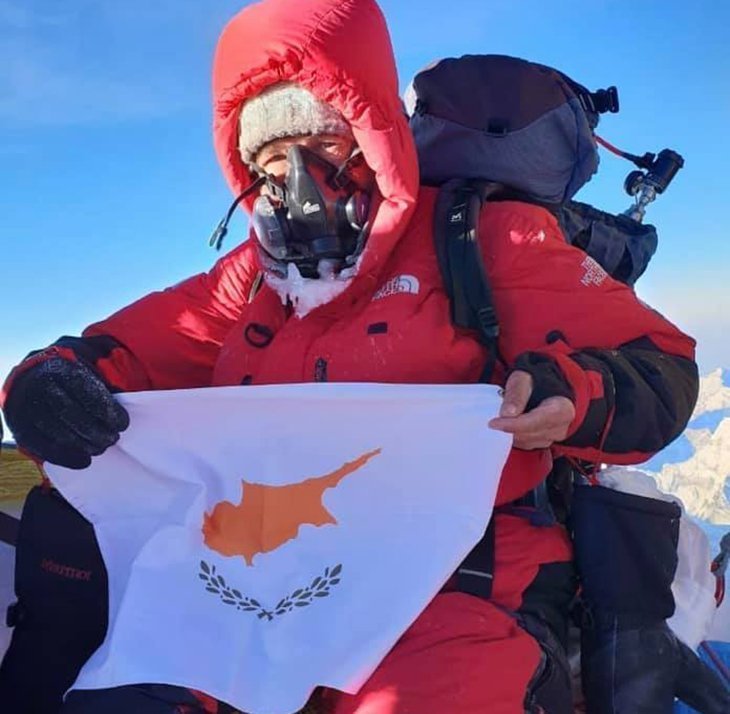 Cypriot-Ukranian climber Yevgen Staroselskiy climbed to the top of Mount Everest on May 24 and raised the Cypriot flag.

According to moiostrov.com, it took Yevgen 44 days to reach the top of the world’s highest peak above sea level at 8848 m.

He took part in an international climbing expedition, which started its journey on April 13.

“This is a great honor for me as a representative of Cyprus. My mission is to raise the flag of Cyprus on Mount Everest showing to the world the power of our small island and its amazing people, who are able to dream and fulfill their dreams and wishes,” he wrote before leaving for his mission.

He is the second Cypriot to climb to the top of Everest after George Andreou who did it in 2012.

Yevgen will return to Cyprus on Wednesday.

The first successful ascent to the top of Mount Everest was made by Edmund Hillary and Tenzing Norgay in 1953.

The Chinese mountaineering team of Wang Fuzhou, Gonpo, and Qu Yinhua made the first reported ascent of the peak from the north ridge on 25 May 1960.

By In Cyprus
Previous articleParklane, a Luxury Collection Resort & Spa, Limassol
Next articleChildren’s Festival of Culture – The endless blue