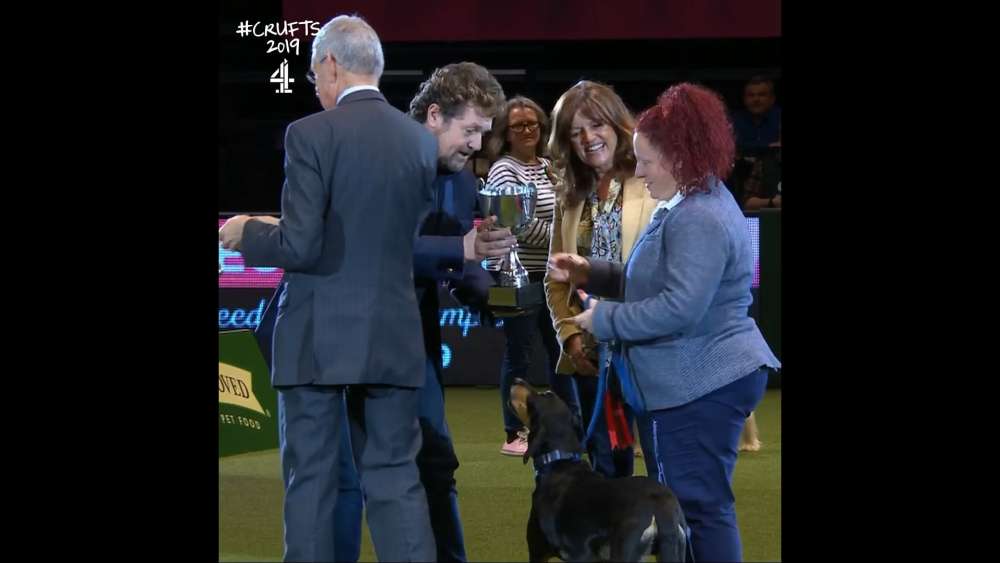 After Milan Trajkovic’s gold at the European Indoors Championships, Percy, a pointer cross rescued from the streets, did the double for Cyprus on Saturday, as he bagged the “Best Crossbreed Rescue” award at Britain’s Crufts, the largest dog show in the world.

Percy was rescued in 2018 from the streets of Cyprus by volunteers of D.O.G. Rescue based in Dali, Nicosia.

According to his Cruft’s entry card, Percy was found in a terrible condition, having been shot multiple times. He was unable to stand, suffered from failing kidneys and weighted only 9 kilos.

He was then adopted by current owner Amanda who took him with her to Sheffield, “with his chances of survival still looking uncertain.”

According to Amanda, Percy is now recovering well despite being very frightened when he arrived in the U.K. “where he once was too scared to go further than the garden gate.”

Crufts, opened in Birmingham, England on Thursday, with over 200 breeds hoping to land the main “best in show” award. This is the 128th edition of the annual event that attracted 21,000 dogs last year.

D.O.G Rescue Cyprus (Dali Organized Group) is a registered non-profit company which saves and re-homes the stray dogs of the Dali and Nisou municipality shelters.

Since 2010 D.O.G. volunteers have saved and re-homed over 2,000 dogs in Cyprus and (mainly) abroad – UK, Holland, Belgium and Germany.

Municipality shelters can legally send dogs to the veterinary services to be killed if their family is not found or if no one adopts them.