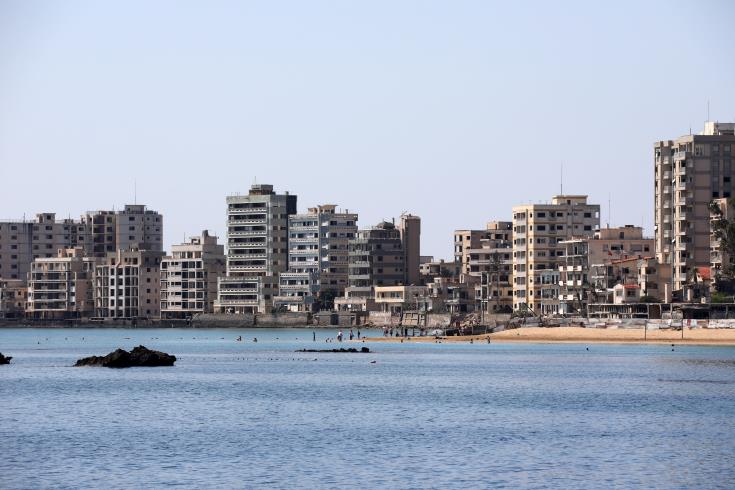 In a letter relased on Friday, the 10 nationwide  presidents also urged US president Joe Biden to call upon the United Nations to enforce UN Security Council resolution 550 on Varosha.

They also request the US leader to direct the U.S. government to demand that the United Nations assert its jurisdiction over Varosha – a ghost town in Turkish-held Famagusta.

The letter notes that the fresh threats are made days only before the 47th anniversary of Turkey’s illegal invasion of the Republic of Cyprus.

“This action violates United Nations resolutions and international treaties to which the U.S. and Turkey are signatories. In particular, Turkey is in direct violation of UN Security Council resolutions 550 (1984) and 789 (1992) that address the transfer of this area to the United Nations and the 1979 High Level Agreement between the Greek Cypriot and the Turkish Cypriot communities that stated that priority should be given to the resettlement of Famagusta, of which Varosha is a subdivision, under UN auspices”.

They also underlined that during the past year, President Erdogan and Turkish Cypriot leader Ersin Tatar have spoken openly about their support of a “two-state” solution regarding Cyprus–the permanent partition of the island.

President Erdogan’s attempt to change Varosha’s status demonstrates a lack of interest in resuming serious settlement talks in favor of pursuing tangible steps to advance a “two-state” solution regarding Cyprus, which contravenes the positions of the United Nations and the U.S. government.

In addition, Turkey’s actions violate a European Parliament Written Declaration in 2012, which called on the government of Turkey to act according to UN Security Council Resolutions and previous European Parliament Legislative Committee reports and return the Famagusta sealed-off section to its lawful inhabitants, the undersigned stress.

Moreover, the U.S. government has previously reaffirmed its support by endorsing the Statement by the President of the United Nations Security Council on October 9, 2020, calling for “the reversal” of Turkey’s actions vis-a-vis Varosha. However, Turkey has not reversed its actions regarding Varosha.

“Therefore, mere rhetoric or criticism of Turkey no longer suffices. Substantive action needs to be taken immediately. UN Security Council resolution 550 (1984) explicitly states that an effort to change the status of Varosha necessitates the transfer of the area to the administration of the United Nations.

To that effect, we urge your Administration to call upon the United Nations to enforce UN Security Council resolution 550, in which Varosha would be under the U.N. control”, the Greek Americans ask Biden.

According to press reports, President Erdogan will visit Varosha this July 20 and purportedly make further announcements about its status. It is essential for the United States government and the international community to be proactive and head off any further illegal actions of Turkish expansionism against Cyprus.

A failure to act will only embolden President Erdogan in his pursuit of a “two-state” solution regarding Cyprus, which would be a disaster for the people of Cyprus and would not be in the United States’ best interests. It would constitute an egregious violation of the rule of law and fundamental principles of the United States and the international community.

They further remind Biden that for decades, he has been a staunch advocate for a Cyprus whole, free, and at peace. “As President of the United States, you are in a unique position to make Cyprus a higher policy priority in American foreign policy, as you have previously stated.

“Therefore, we urge you to warn President Erdogan against further aggression toward Cyprus and to send a clear message that Turkey will face punitive and dire consequences if further actions towards the Republic of Cyprus are pursued that threaten its sovereignty and causes instability”.

They also request the US leader to direct the U.S. government to demand that the United Nations assert its jurisdiction over Varosha.