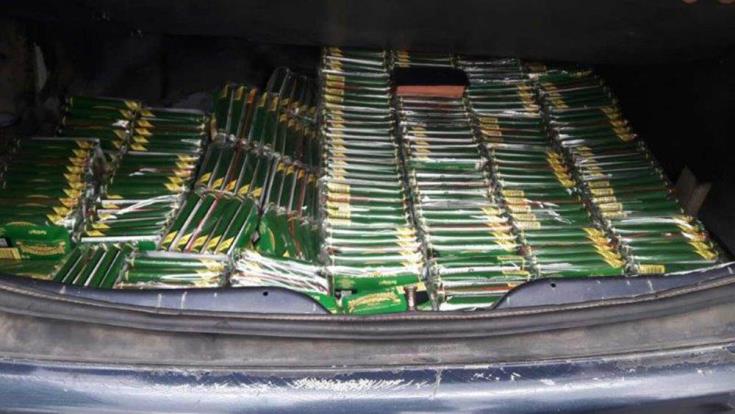 Customs officers on Sunday seized 34 kilos of tobacco for narghile (hookah) at Larnaca Airport from two Egyptian passengers arriving on a flight from Athens.

The two men were arrested for illegal possession of duty free products and for attempting to evade paying customs. They will appear in court to be remanded in custody on Monday.

Also yesterday, Larnaca police on Saturday booked three drivers for bringing smaller quantities of tobacco and cigarettes from the occupied areas. The tobacco was confiscated and the individuals fined.