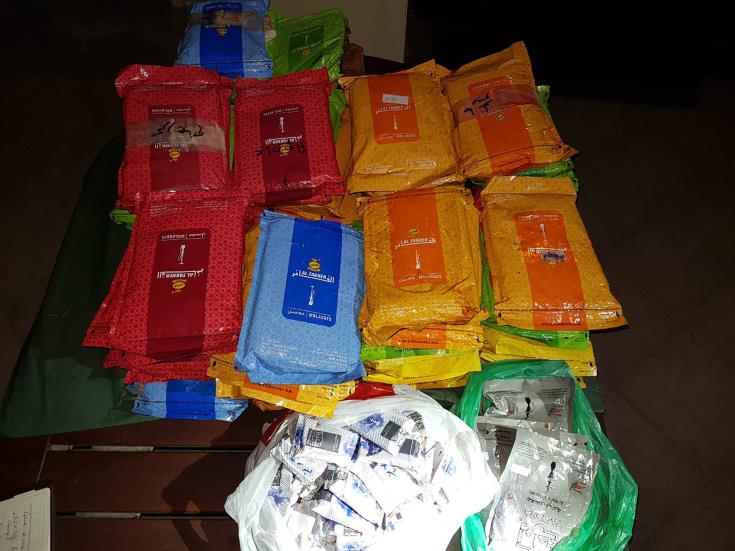 A couple had to fork out €45,000 to the Customs Department after a 110 kilos of AL FAKHER hookah tobacco that was illegally imported into the Republic of Cyprus was found at their premises.

Customs on Wednesday searched two cafeterias and a house in the Nicosia district and found in one cafeteria and the home of  an Iraqi man and his Latvian wife, both permanent residents of Cyprus, a total of 110 kilos of tobacco.

They were arrested for illegal possession and trafficking of duty free products and avoidance of duties and taxes, while the tobacco — the duty on which is estimated at  €23.000 — was confiscated.

The two appeared before Nicosia District Court on Thursday and were remanded in custody.

Late on Thursday afternoon the director of customs agreed to an out of court settlement. The couple paid  €45,000 and were released. The tobacco was impounded.

By In Cyprus
Previous article
Standard and Poor’s upgrades Bank of Cyprus longterm rating following €2.7 NPE sale
Next article
London assures of its intention to help the resumption of the Cyprus peace talks