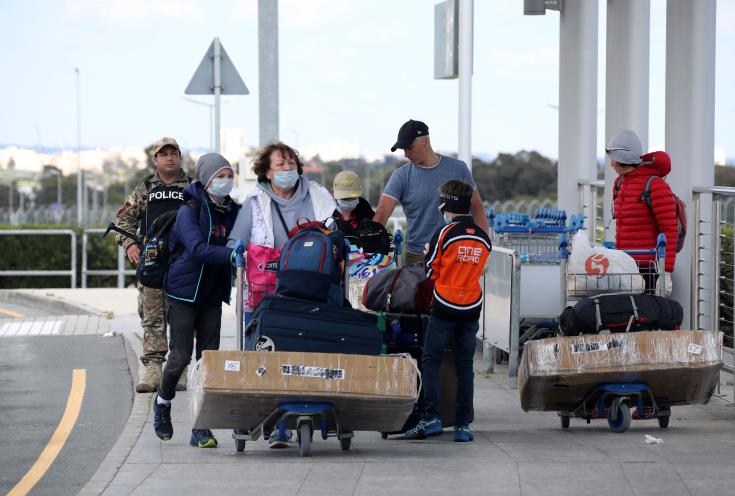 A two week ban on passenger flights to Cyprus comes into force at 3 am on Saturday following a decree signed by Transport Minister Yiannis Karousos and published on Friday.

One of a series of measures to contain the spread of coronavirus, it prohibits all but cargo flights, although the minister has made clear that the government has the authority to allow flights for humanitarian reasons and this will be used to help repatriating Cypriots on flights being chartered by the government.

But the restrictions imposed by the government as to who is allowed to enter Cyprus have come under fire, particularly from students and their families who say they are being treated as second class citizens as they do not qualify for the amended rules that slightly eased entry requirements.

A total of 1300 special certificates have been issued by the Foreign Ministry under these amended rules and 255 people — who were away for medical reasons or on short business trips — arrived at Larnaca Airport today from Kiev, Moscow, Athens and Munich.

The last flight to arrive at Larnaca Airport is scheduled for 2130 this evening from Thesaloniki. The charter flight from London’s Heathrow airport carrying around 200 passengers is scheduled to arrive a little later after the ban comes into effect.

Tourists have meanwhile been heading in the opposite direction with a total of 548 passengers departing on four flights from Paphos airport for Manchester, Stansted, Gatwick, Birmingham, UK on Friday. Another flight is due to leave at 10 pm on Friday for Manchester.

Seven hundred persons in Greece and the UK are also expected to be repatriated within the next few days on flights chartered by the Republic of Cyprus.

All arrivals are quarantined for two weeks with the government having made arrangements with several hotels. The national guard and security officers have been assigned the task of ensuring they comply with the rules.

By In Cyprus
Previous articleUK steps in to pay workers’ wages amid coronavirus shutdown
Next articleWHO message to youth on virus: “You are not invincible”