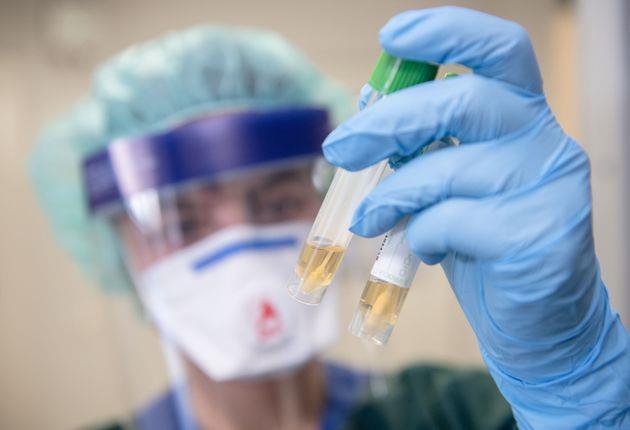 The first  is a 25 year old from Limassol who returned from Milan on February 26 and was asked to self-isolate. He first tested negative but remained in self-isolation and tested positive in the second test.

The second is a 64 year old health professional from Nicosia working for the public sector who returned from the UK on March 3 and contacted authorities yesterday that he had symptoms.

The Health Ministry has activated all the protocols and is focusing on tracking down all the people with whom the 64 year old patient had come into contact since his return.

He said that 50 samples were tested at the Cyprus Institute for Neurology and Genetics (CING) on Monday and all had come out negative. This includes the soldiers and a suspect in police custody as well as a group of school children.

The two confirmed cases both have mild symptoms, he added.

“There is no need for panic. We need to be alert and to take the necessary precautions. All those who have travelled to countries which have confirmed cases of coronavirus and show symptoms should self-isolate and telephone 1420.”

Ioannou said that the 64 year old had returned to Cyprus on March 3. He was not screened at the airport because at the time the UK was not among the countries with a high number of confirmed cases. Although he had symptoms from then, he only alerted authorities yesterday and underwent a test. He had meanwhile being going to work and authorities need now track down all the people he came into contact with.

Less than two hours after the minister’s press conference the Health Ministry issued the following announcement:

“Because of concern among the public after confirmation of a coronavirus case in a health professional, it is clarified that the procedure to locate the close contacts of the doctor, whether it be patients, colleagues or family members, started from the first moment and in cooperation with the patient himself.

“Samples will be taken from these people for tests and instructions will be given to self-isolate.”

Earlier on Monday, Leonidas Phylactou, President of CING board told CNA that according to the information he had on Monday morning, they were expecting the results for 35-40 suspected cases of coronavirus, but the number could have risen.

Samples are coming in from all cities and there are individuals contacting CING at their own initiative, Phylactou added.

He said that due to the strict measures the Ministry of Health put in place, there is a constant flow of samples sent to CING for checks, he added however that people should not panic.

Phylactou also noted that CING is not authorised to announce any results, but is part of the chain of measures that are put in place to protect public health. Results are sent to the Ministry of Health, which is responsible for making announcements, he concluded.

Two army camps and the Andreas Papandreou air base in Paphos were in lock down pending the results of tests after soldiers serving there came down with symptoms similar to coronavirus and have been quarantined pending tests because they had come into contact with coronavirus cases abroad.

Omorphita police station has re-opened. However the police officers, lawyers and others who had come into contact with a 20 year old suspect who also has symptoms and is being tested have been asked to self isolate.

By In Cyprus
Previous articleCoronavirus: Authorities in Cyprus prepare for all possible scenarios ahead of Easter, Spokesman says
Next articleAkakiko: Oriental treats, sushi & more