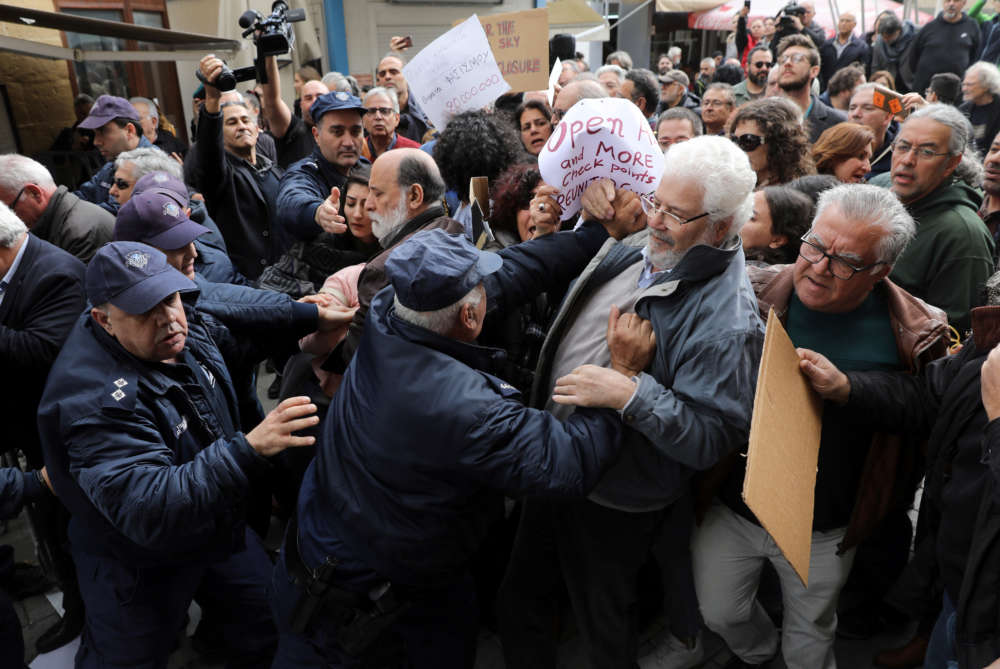 Dozens of Greek and Turkish Cypriots on Saturday protested against a government decision to temporarily close four checkpoints on the Green Line as part of measures to prevent an outbreak of coronavirus.

The protest was held at the Ledra Street checkpoint in Nicosia, one of the four affected by the decision and was organised by Unite Cyprus.

The demonstrators scuffled with police and pushed aside barricades, making their way into the buffer zone where they were joined by demonstrators from the Turkish Cypriot side.

They said the coronavirus was being used as an excuse to close the checkpoints and prevent free movement on the island. 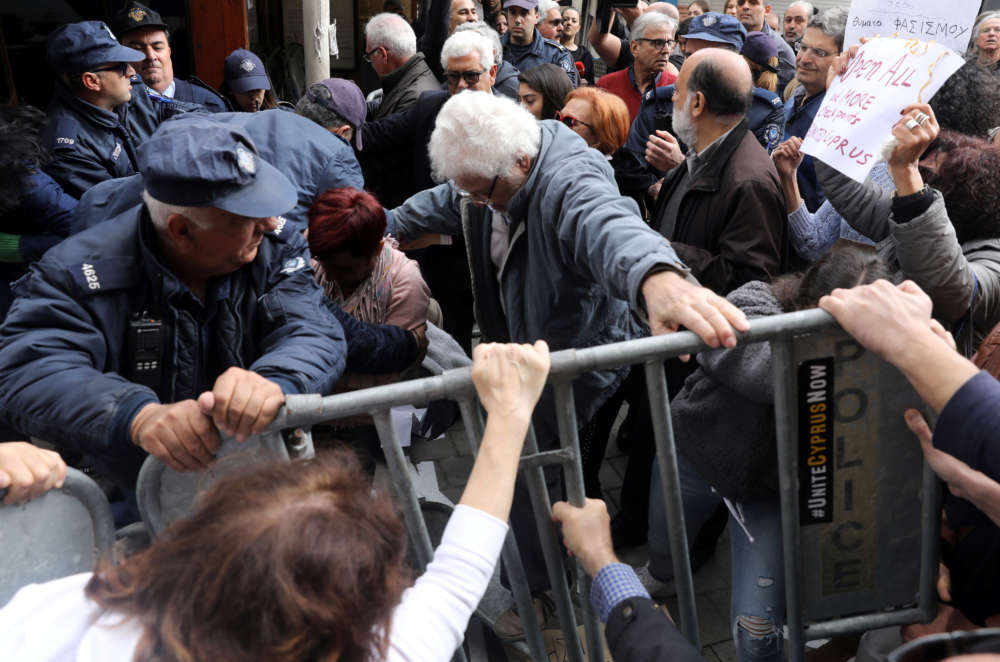 The government has rejected the criticism and says that it is acting to protect public health. It said temporarily closing four checkpoints allowed additional resources to be shifted to the three checkpoints that remain open where screening is being carried out.

And in Limassol, President Nicos Anastasiades said that the decision was taken after careful consideration.

“There was no other option for more effective checks, taking also into consideration the make-up of the population in the occupied areas,” he said.

The president said there are more than 3000 Iranian students in the Turkish-held north. Iran is among a group of countries most affected by the coronavirus outbreak.

“I explained to (Turkish Cypriot leader Mustafa) Mr Akinci that these measures are not just for the protection of Greek Cypriots but also of the Turkish Cypriot community,” he added.

Anastasiades said Akinci had said it would be better for measures and checks to be carried out at the external borders.

The president reiterated that this is a temporary measure for more effective checks. “The government has an obligation to take measures to protect public health,” he said.

Meanwhile, police chief Kypros Michaelides has asked for an investigation into an incident at the Ledra Street checkpoint where a man was caught on video appearing to assault a national guardsman during scuffles to break though the barricades.

“We would like to stress that such behaviour will not be tolerated, particulalry against individuals who are on duty,” the police spokesman said in a written statement.

“All the behaviours and actions relating to today’s events will be investigated with the aim of locating the perpetrator and other individuals who appear to be participating in the specific incident. Such incidents are unacceptable and the police will show zero tolerance,” he added.

The Justice Minister has been briefed, he concluded.

By In Cyprus
Previous articleIran’s coronavirus death toll rises to 43, with 593 people infected
Next articleLarnaca carnival fiesta called off because of heavy rain